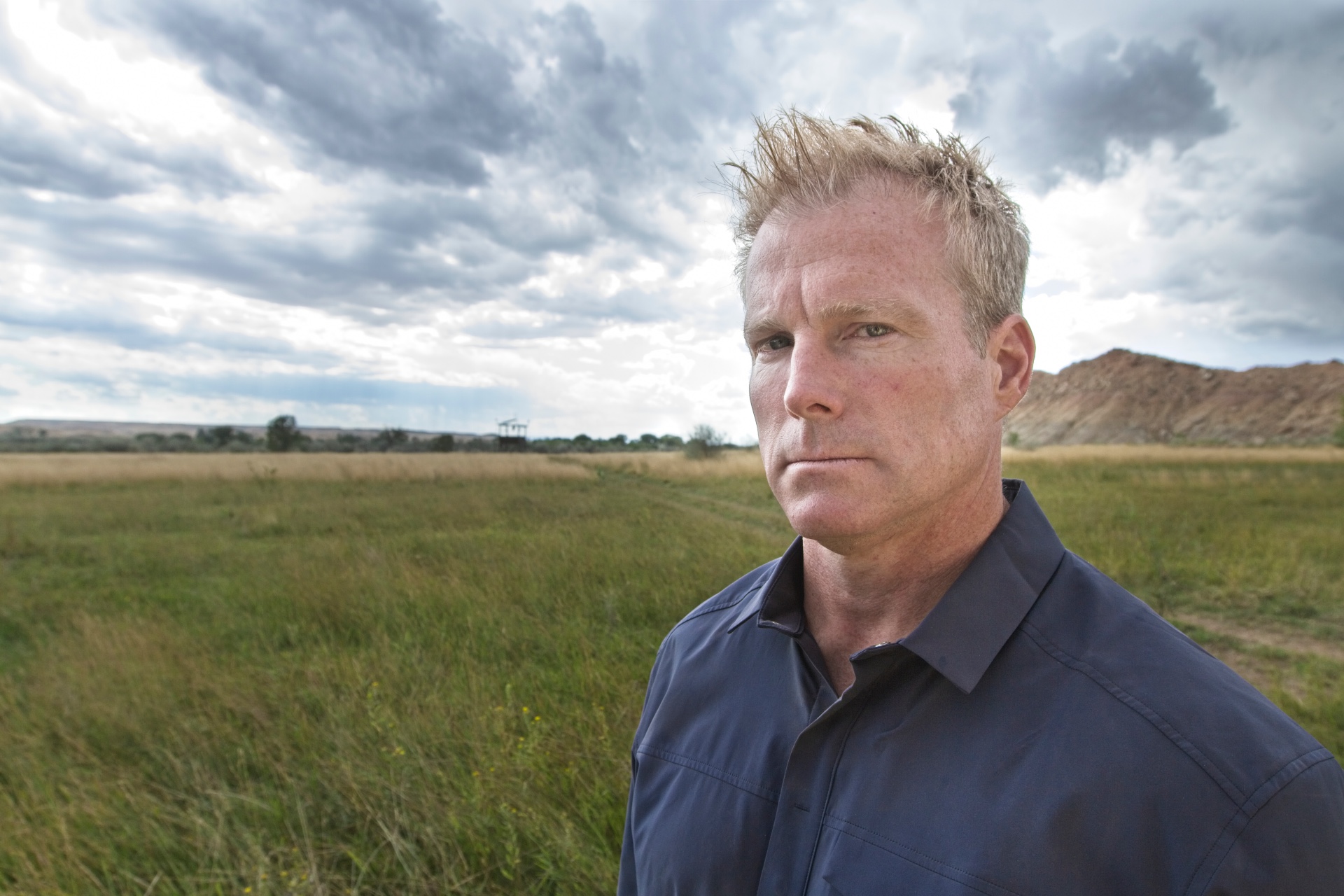 History’s The Secret of Skinwalker Ranch features ongoing investigations into one of the country’s most mysterious locales.

The titular ranch allegedly experiences paranormal activity regularly from UFOs and cattle mutilations to incarnate voices and poltergeists…and sometimes several at the same time. Strange occurrences on the ranch have been the focus of several scientific investigations, including from a secretive program housed in the Pentagon. What is not as well known is that some investigators claim the paranormal phenomena follow them home. Brandon Fugal, the elusive owner of Skinwalker Ranch, spoke with Den of Geek about how what happens at Skinwalker Ranch doesn’t always stay there.

Fugal is a prominent businessman and real estate developer in Utah. He first heard about the Skinwalker Ranch at a local bookstore.

“The ranch was first brought to my attention when I was at Barnes & Noble, back in 2006, and saw Dr. Colm Kelleher and George Knapp’s book Hunt for the Skinwalker on the shelf,” Fugal says. “I actually bought it and read it on the weekend. I found it to be very interesting.”

Fugal says he didn’t think much more about the ranch until 2015 when two science advisors of another Utah real estate magnate, Robert Bigelow, approached him. Bigelow, who also founded Bigelow Aerospace, had been funding scientific investigation on the ranch since he had purchased it in the late 1990s. Kelleher was Bigelow’s lead investigator.

Fugal says he had developed a relationship with the two science advisors during “another effort that I had been involved with a decade ago.”

According to Fugal, the advisors asked him “whether I would be willing to entertain a potential joint venture or acquisition of the property for the purpose of advancing the research beyond what Mr. Bigelow had done for 20 years.”

“I disclosed to them that I was approaching the topic as a healthy skeptic and that I had never seen a UFO, ghost, or anything of the sort, and that I believe that there was most likely a natural prosaic explanation for what had been reported in the book and on the property,” Furgal says. “They were amused and shared with me the reality of what their investigation revealed. They also disclosed that the ranch had been part of a five-year Pentagon black-budget program studying the UFO phenomenon and that, although the results of that investigation remain classified and confidential – how do I say this? The phenomenon is real.”

Fugal says he is no longer skeptical that something mysterious is happening at the ranch.

“People ask me all the time whether I am now a believer based on what we have seen and recorded during my ownership of the ranch,” says Fugal. “The honest, most direct answer I can provide is that I am not a believer. I am an ‘experiencer.’ I know for a fact that it is real and have witnessed with my own eyes, with other credible witnesses at my side, what can only be described as daylight sightings of exotic craft over Skinwalker Ranch.”

Fugal’s paranormal experience started soon after his research on the ranch began.

“Six months into our investigation, I had an experience while entertaining a visiting dignitary and his security detail that involved an undeniable sighting of what can only be described as a 40 to 50-foot long silver, grayish, disc-like object that performed maneuvers that were stunning and defy conventional explanation.”

Fugal stressed that this sighting was in broad daylight and included several witnesses. He says, after the sighting, they continued to experience paranormal phenomena.

“During that same afternoon, we experienced everything from our smartphones being completely drained from about 80% charge to zero to other electromagnetic anomalies, even acute medical episodes that attended the incidents that occurred on that fateful day.”

Anyone who watches The Secret of Skinwalker Ranch or has read the book Hunt for the Skinwalker: Science Confronts the Unexplained at a Remote Ranch in Utah will know that many of those who investigate the ranch have had personal experiences with the unknown. I have been covering the ranch for over a decade, and at an event with investigators and their spouses, I had discovered they believe the phenomenon often follows them home. So much so that they now refer to this as the “Hitchhiker Phenomenon.”

“We don’t like to talk about the hitchhiker too much because everybody’s afraid it’s going to trigger it or something,” lead investigator on The Secret of Skinwalker Ranch Dr. Travis Taylor told Den of Geek in a recent live stream interview. “I have several colleagues that were putting instruments out to measure things at their house, as well as at the ranch. And we’re measuring simultaneous events occurring at both places. That may be a thousand miles apart.”

“It just happened to me,” says Taylor. “My brand new car, so it just shuts off suddenly, all the lights start blinking on and off, and crazy, which we’ve seen happen at the ranch. And something was going on at the same time at the ranch. I had an event; actually, that’ll be in this season [of The Secret of Skinwalker Ranch]. I won’t talk too much about it for spoilers.”

Fugal says he is aware of the hitchhiker phenomenon but has not experienced it himself.

“It’s a known fact that numerous participants, including military operatives, refuse to ever set foot on the property again due to the negative experiences that they have had, including phenomena following them home,” continues Fugal. “Even Mr. Bigelow has had experiences that have followed him, resulting in his refusal to ever visit the property ever again.”