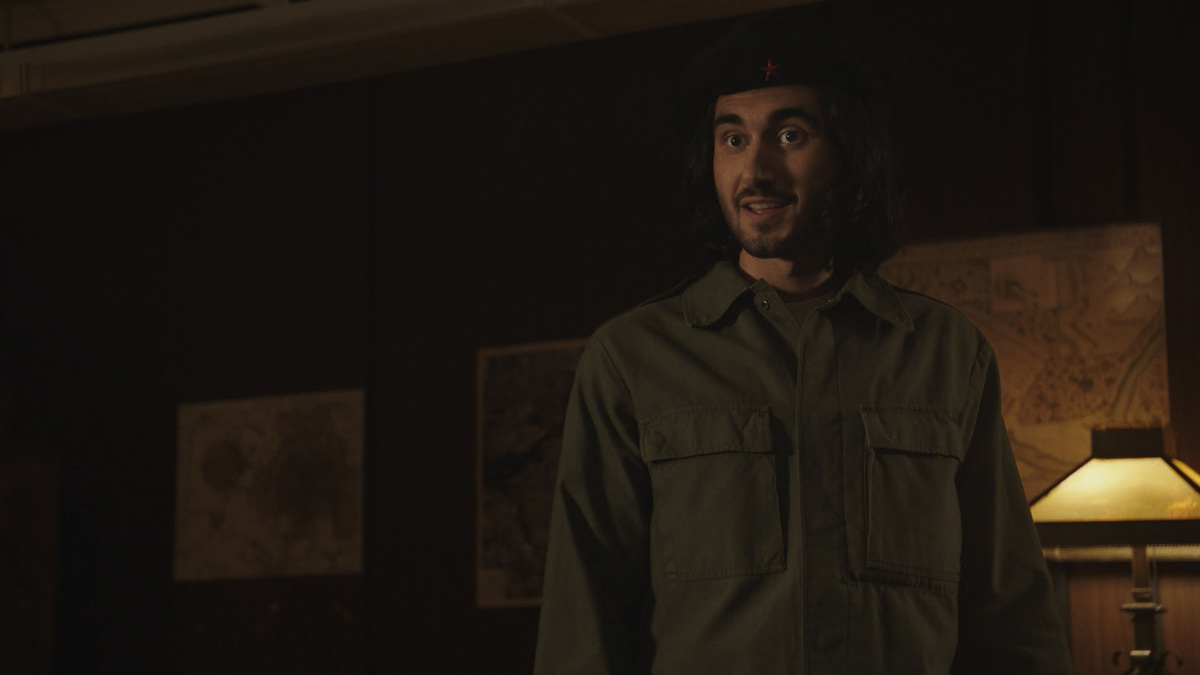 “Bay of Squids” is a perfect illustration of the line DC’s Legends of Tomorrow walks with every episode. It is very, very stupid, but it’s not even the first time this month that a Legends episode was dumb, and last week was one of the best episodes of the show ever. But in order for it to get away with being this dumb, everything about it has to hit just right. Half of “Bay of Squids” does it perfectly. The other half is a Foo Fighters video.

Thirteen Days is one of my favorite movies of all time, so this episode started off in dangerous territory. For those of you unfamiliar with Bruce Greenwood’s pre-Batman career pinnacle, it’s a dramatization of the Cuban Missile Crisis from inside the Oval Office, with Greenwood playing JFK, Kevin Costner playing JFK advisor Kenny O’Donnell, the weaselly Speaker of the House from West Wing playing Bobby Kennedy, and Kevin Costner’s accent playing a very confused Texan who lived in Boston for several years. It’s a tense dramatization that generally does a really good job of showing how close the world came to open nuclear war, and also how fragile the American system of government really is.

“Bay of Squids” kind of does that too, except replace “the US Military secretly moves to DEFCON 2 without informing the Commander in Chief” with “the US Military plays actual football in the Oval Office with the nuclear football to keep it out of JFK’s hands while the Secretary of Defense, Attorney General, and Steel and Zari from the Legends try and get it back.” And it almost worked except the guy playing JFK looked less like a Kennedy and more like “Learn to Fly” era Dave Grohl in business makeup. I kept waiting for someone to bust out Footos.

The flip side of this coin is Behrad. This week leans hard into the stoner stuff – Behrad spends the first part of the episode passed out from the weed gummies he had Gideon make him, presumably to help him self-medicate away his anxiety from being a superhero. So while the team goes to hunt down an alien captured by the Cubans in 1962 (found by Rory, more on him in a bit), he’s asleep. That fails, and the gang ends up accidentally swiping a Soviet nuclear warhead.

So they split into groups to pursue different objectives: Spooner and Mick try and bring the warhead back to the Russians, while Nate and Zari head to DC to keep JFK from doing anything foolish (I appreciate the show’s restraint in not making their solution “trick JFK into leching on Zari”), and Behrad and Ava go to the Cuban base to try and steal the alien so she can lead them to Sara. Behrad ends up being mistaken for Che Guevara, but when he’s brought to Castro he can’t pull off the bit, so he calls an audible.

He introduces himself to Fidel Castro as Jay Guevara, Che’s cousin.

This is right up there with travelling to the set of The Two Towers to get John Noble to read a line because Mallus (voiced by John Noble) sounded like John Noble as one of the most baldly ridiculous things Legends of Tomorrow has ever done. But this side of the episode works like a charm because there’s nothing to take you out of its inanity. The show knows it’s really dumb. It’s supposed to be really dumb. It’s some kind of hybrid stoner dad joke, but Shayan Sobhian sells the living hell out of it, and it’s terrific. With nothing else to take me out of the bit, it lands really well.

The heart of the episode, and really the season so far, is Mick. “Bay of Squids” is his internal conflict about his self worth and his place on the team writ large – he’s worried about Sara, and instead of being pissed that nobody else is trying to get her back (like he was last week), he’s going to do something about it. And when it all goes wrong, he starts to self-destruct again, until he figures a way through: he talks the alen into joining him, and the two of them swipe the Waverider to go hunt Sara down. His emotional journey is the best part of the episode, and the best part of the season so far.