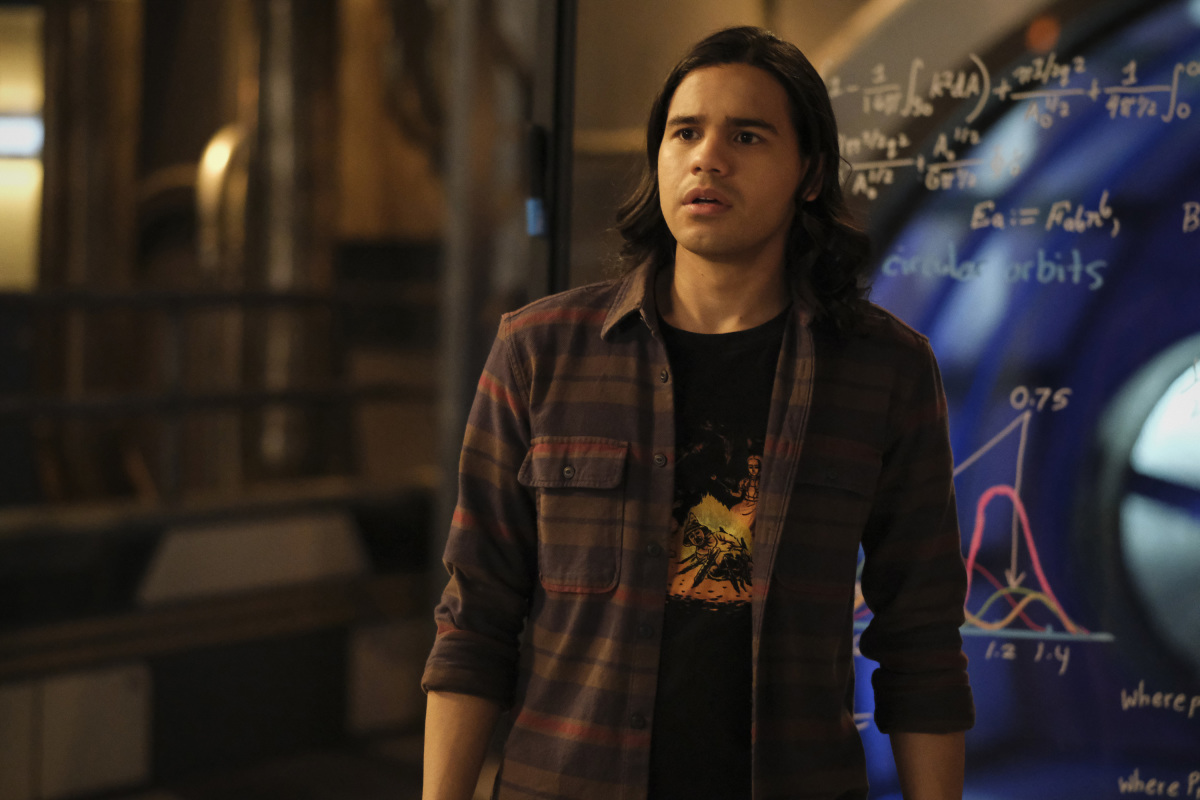 Well, we’ve all known this is coming for a while, but it’s getting more real by the day. Cisco Ramon is leaving Team Flash. Which means in the real world that Carlos Valdes is leaving The Flash. No more Vibe. No more cool and nerdy t-shirts. No more awesome villain names. It’s a bummer.

To be fair, it feels like The Flash has been teasing Cisco’s departure forever by now. Cisco took a hiatus from the team last season to go investigate post-Crisis on Infinite Earths anomalies and to visit Atlantis. The show has been trying out potential new Team Flash members in the form of Brandon McKnight’s generally delightful Chester P. Runk and Kayla Compton’s Allegra Garcia.

But recent developments have seen the prospect of Cisco’s permanent departure become increasingly real in recent weeks. With the love of Cisco’s life, Kamila (Victoria Park), planning to leave Central City, the scientist sometimes known as Vibe is going to join her. He even for the first time ever expressed frustration with his professional career at STAR Labs, something he’s never done before.

So after all this buildup, Valdes will finally get to take his final bow as Cisco in The Flash episode airing on June 8, “Good-Bye Vibrations.” The CW has released the official synopsis for the episode…

“Cisco (Carlos Valdes) and Kamila (guest star Victoria Park) tell the team they are leaving Central City. However, Barry (Grant Gustin), Iris (Candice Patton) and Caitlin (Danielle Panabaker) don’t have much time to digest the news because a new version of Rainbow Raider (guest star Jona Xiao) strikes and OG Team Flash must join together one final time to save the city.”

All this drama and a new Rainbow Raider, to boot? That’s pretty exciting! And it should be pretty moving seeing Barry, Caitlin, and Cisco team up one last time. Valdes has been in almost all (nearly) 150 episodes of The Flash, and it’s difficult to imagine STAR Labs or Team Flash without him.

With any luck, hopefully we’ll get to see Valdes return as Cisco to suit as Vibe in important episodes or crossovers down the line. He’s the second original cast member to depart the series this year, following Tom Cavanagh. It seems that the door is open for both of them to return in guest starring roles in the future, though.

“Tom and Carlos have been an integral part of our show for seven seasons, and will be greatly missed,” executive producer/showrunner Eric Wallace told Deadline earlier this month when the news first broke. “Both are incredible talents who created beloved characters that fans and audiences around the world have come to love. Which is why we are happily keeping the door open for return appearances.”

The Flash season 7 episode 12, “Good-Bye Vibrations” airs on The CW on June 8 at 8 pm EDT. The episode is directed by Philip Chipera from a script by Kelly Wheeler and Jeff Hersh.

Link Tank: Where You Can Watch Dune (and All the Other Versions) This Week
Charmed Season 1 Episode 9 Review & After Show
The Walking Dead Season 9 Episode 2 Review & After Show
Who is Your Favorite DC Character? | DC FanDome
Marvel Director Says Avengers: Infinity War Snap Was Captain America’s Fault