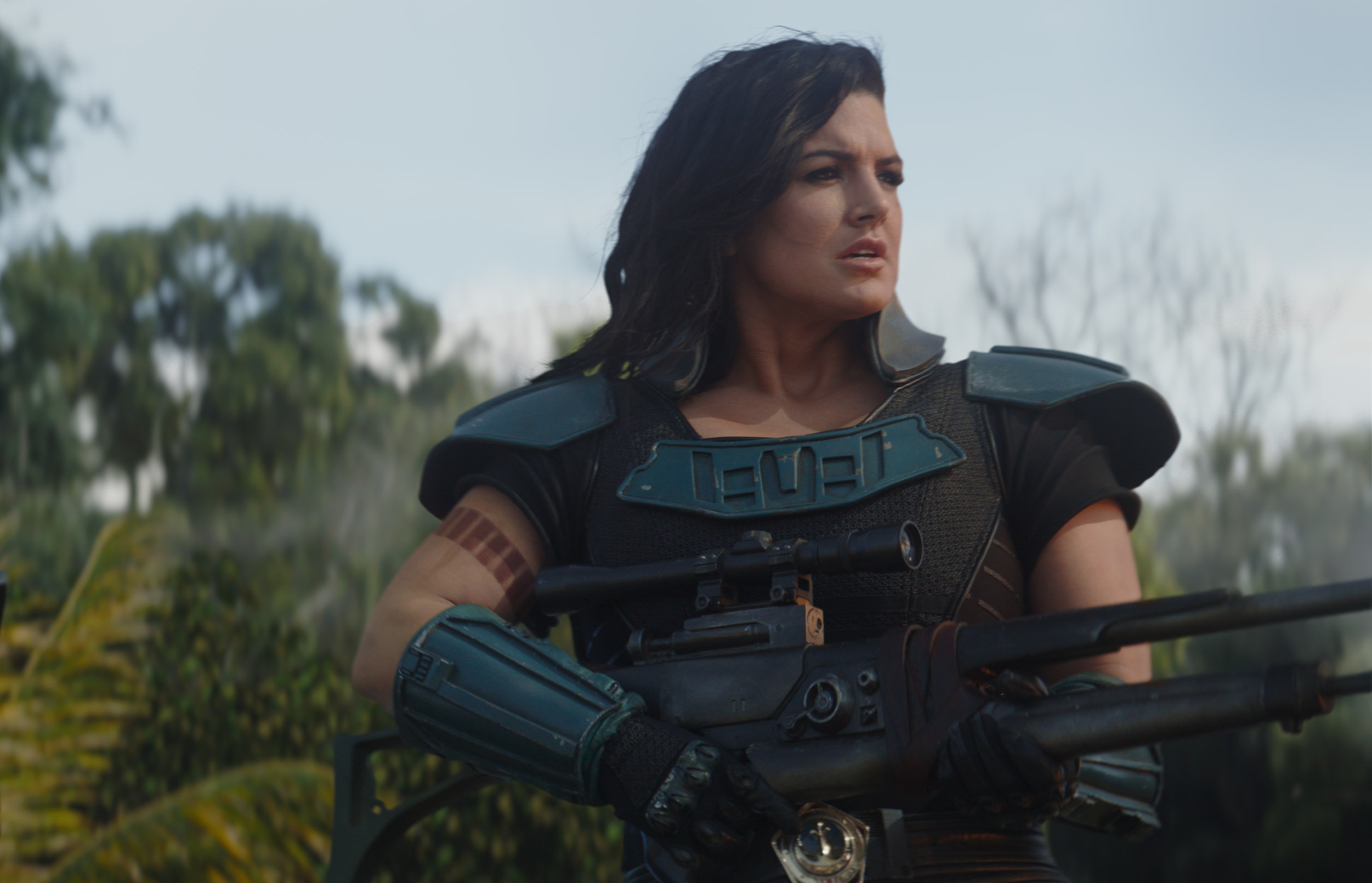 When Lucasfilm president Kathleen Kennedy announced the future of the Star Wars live-action TV universe on Disney+, she named several new series spinning out of The Mandalorian. A series called Ahsoka would pick up where the Jedi’s cameo in season 2 of Mando left off, as she continued her search for Grand Admiral Thrawn. The Book of Boba Fett would follow the further adventures of the franchise’s foremost bounty hunter and the assassin Fennec Shand (Ming-Na Wen). Then there’s the more mysteriously titled Rangers of the New Republic, a series that up to this point we know little about beyond rumors.

Rangers of the New Republic, as described by Kennedy during last December’s Disney Investors Day event, would tie into the other shows, all of which would converge in a big crossover event. But who would star on the show and what would it be about? Reports pointed to Gina Carano, the actor who played mercenary (and later, New Republic marshal) Cara Dune in the first two seasons of The Mandalorian, and who was recently fired from the franchise after becoming the subject of several online controversies. With Carano out, some Star Wars fans wondered where this would leave Rangers?

A new report from Variety seems to provide at least a temporary answer. Rangers of the New Republic “is not currently in active development,” according to the outlet. Does this mean the show is canceled? No.

While other corners of the internet have been quick to assume Variety’s report means Rangers of the New Republic has been scrapped entirely, “not in active development” could also mean that the series just isn’t being worked on at the moment. With a full slate of new series that also includes The Bad Batch, The Book of Boba Fett, Obi-Wan Kenobi, Andor, Lando, The Acolyte, and a few other Disney+ shows, it’s not unreasonable to assume Lucasfilm is simply prioritizing other projects first before diving into Rangers, which had no release date at the time of the announcement anyway.

The Book of Boba Fett, for example, is due out this Christmas, while The Mandalorian season 3 also remains a priority for Disney+, which will also release Obi-Wan Kenobi and Andor next year. With such a busy schedule, shows like Ahsoka and Rangers might not even bow until 2023 at the earliest.

If Carano was indeed to be the focus of Rangers, it’s definitely possible that her firing has delayed things further for the series, but it’s not necessarily the nail in the coffin. The title of the show even alludes to an ensemble of characters as opposed to a single protagonist. Could Timothy Olyphant’s self-appointed marshal, Cobb Vanth, be another one of those rangers? What about Paul Sun-Hyung Lee’s Captain Carson Teva? Or could Bo-Katan Kryze (Katee Sackhoff) decide to become a ranger? The point is that Carano’s exit hardly seems like a dead end for this series.

Variety’s report was part of a bigger story on Lucasfilm veteran Dave Filoni, who has been promoted to Executive Creative Director at the studio, which gives him an even bigger voice on upcoming Star Wars projects. Filoni has been one of the stewards of the franchise since before George Lucas sold his empire to Disney back in 2012, first cutting his teeth on The Clone Wars animated series before creating Rebels and then landing a producer role on The Mandalorian working alongside showrunner Jon Favreau.

A statement from Lucasfilm to IGN about Filoni’s new role also suggests that the producer’s slate of upcoming projects, including Rangers of the New Republic, hasn’t changed.

“Dave has been serving as Executive Producer / Executive Creative Director at Lucasfilm for quite some time now,” a Lucasfilm spokesperson told IGN. “We simply updated our website. Nothing has changed with his current and future projects. He is busier than ever in a galaxy far, far away!”

Best Halloween Costumes: When TV Characters Dress Up As Other Characters
These Are The Hottest Marvel And DC Comics To Collect Right Now
The Addams Family: Revisiting Barry Sonnenfeld’s Directorial Debut 30 Years Later
Why The Sopranos Prequel Series Is a Bad Idea
The Simpsons: The Surprising Influences of Treehouse of Horror