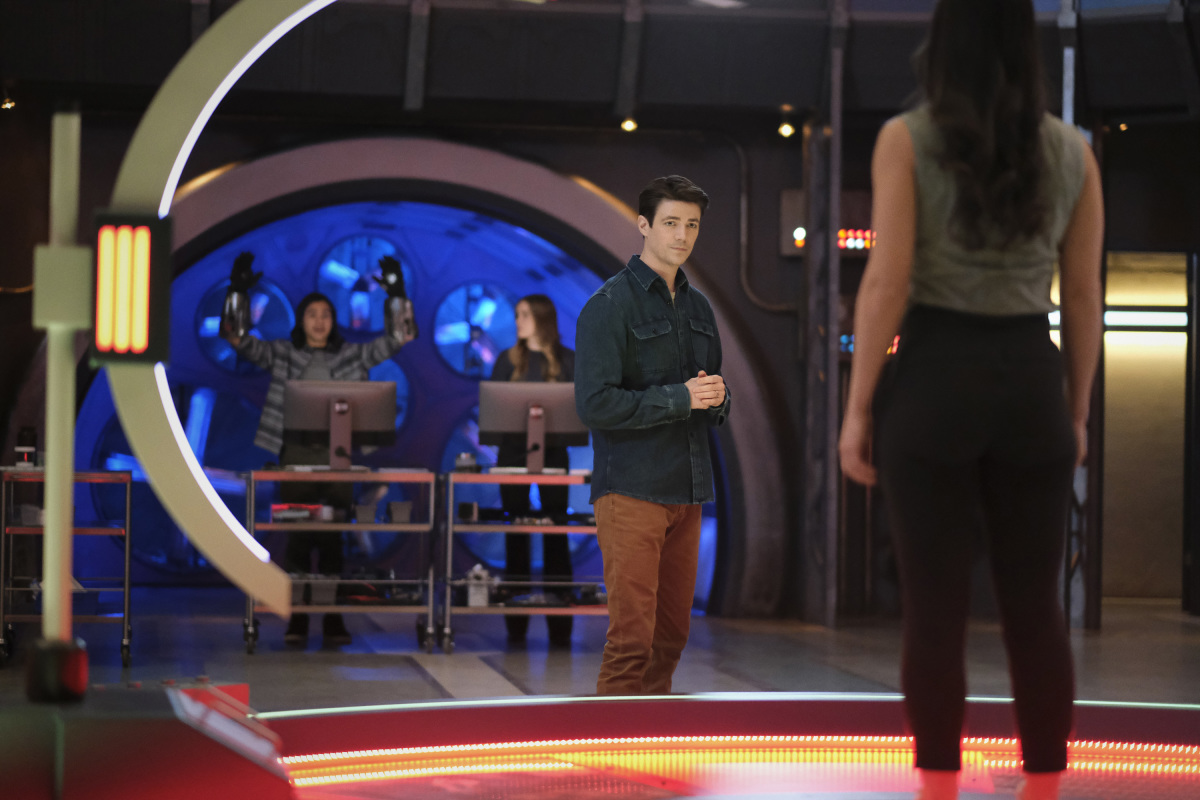 The following contains THE FLASH spoilers through Season 7, Episode 10

Just went you thought this whole Forces of Nature story on The Flash couldn’t possibly get any weirder or more excruciating to watch, here comes Season 7’s “Family Matters, Part 1,” which not only forces us to watch Barry Allen bully a grown woman he unironically refers to as his “daughter,” it blurs the lines even further between what these Forces are supposed to be, do, or mean within the world of the show.

The result is a convoluted mess that is not just cringe-worthy to watch unfold, it makes absolutely zero narrative sense. For those of us who’ve been holding out hope that something meaningful might come of all this Forces business – despite all visible evidence to the contrary up until this point – it’s time to face the truth. This Forces arc is bad, and we should say so.

It’s true, The Flash has never used the idea of a Speed Force consistently: In the past, it’s been a godlike being, a plot device, a deus ex machina reset button, a literal location in which people can be imprisoned, and the well of power that somehow unites all known speedsters. Season 7’s version is no different, though it’s now somehow also a godlike being who also happens to sort of be Barry’s dead mother, Nora. Maybe. Kind of.

This half season’s arc was weird enough when it seemed as though it only involved Barry’s deeply unhealthy relationship with the cosmic being wearing his dead mom’s face but, now that The Flash has decided to introduce the Sage, Strength, and Still Forces, things have only gotten more bizarre and nonsensical.

These newly created beings, for reasons the show has never bothered to explain, are stuffed into the human bodies of three average people (named Allegra, Bashir, and Deon) who are suddenly gifted with superhuman gifts and a psychic connection to one another. Why? They’re siblings, you see, somehow born of the power of Barry and Iris’s epic love for one another, which created these new Forces of Nature at the same time they resurrected the drained and dead Speed Force earlier this season.

The West-Allens have unironically started referring to these grown adults as their children, The Flash hasn’t bothered to explain why the other three Forces inhabit the bodies and minds of regular humans while the Speed Force has adopted a dead woman’s face, and there’s no clear reason why Barry and Iris’ relationship – wonderful though it may be! – can now create what is essentially cosmic life.

To call this whole thing a mess is kind, and I hate it here.

The thing is, this is a CW show based on a comic book property, both things that automatically mean that plots will frequently skew toward the ridiculous as often as they do the sublime. A lot of times, you just have to embrace whatever weirdness is unfolding in front of you in the spirit of fun, entertaining storytelling, and getting the chance to spend time with characters we care about. Barry has literally fought a giant genius gorilla more than once. King Shark is a thing that exists. I’ve spent the past two years watching my favorite character essentially carry her dark twin around in her head and loved it. (Well, not always, but you get my point.)

The problem is that not only does the Forces arc make no sense, it’s not even fun to watch. Speed Force Nora is deeply creepy on multiple levels. (Her unexplained over the top hatred of Iris is…something!) We don’t know the other Forces from Adam, so we aren’t exactly invested in their stories of terrible childhoods or revenge plots against selfish billionaires. The repeated insistence on some sort of family connection between this group isn’t the same thing as there being an actual connection between them and, to be honest, Barry and Iris’ sudden embrace of the “children” label is just so darn weird.

I get that they feel responsible for what’s happened to these people because of whatever lightning rod love mojo created them, but that’s a far cry from these heavy-handed metaphors about always loving the potential you know exists in your children and forgiving them when they do wrong.

Sure, it’s likely that the focus on Barry, Iris, and parenthood will ultimately have something to do with Jordan Fisher’s arrival as Bart Allen in the back half of Season 7 and the rumored possibility of a Tornado Twins team-up. Admittedly, that’s an arc I’d really love to see play out on my screen. But I’m not sure how or why The Flash thinks that watching Barry straight bully Alexa for twenty minutes is going to make anyone look forward to seeing him parent his actual kids.

On paper, I can see where The Flash was sort of going with this, at least in terms of the way the show is contrasting Barry’s methods of relating to his Force children (which involves confronting them and repeatedly pushing them without trying to understand them) with Iris’s, who tends to want to talk things out and try to empathize with their varied experiences. But empathy and heart has never before been an area in which Barry has ever lacked, and forcing him to be a pushy jerk to people who are clearly struggling with things that are not their fault rings hollow. I’ve rarely disliked Barry as much as I did when he was supposedly “training” Alexa, is what I’m saying.

With just one episode left in this larger arc, there’s little hope that this story is going to end in a way that somehow makes the rest of it coalesce into something meaningful, or that even matters all that much. We all know that there’s no way Iris, Alexa, and Bashir are dead for good, and though the prospect of one final original Team Flash face-off with a villain before Cisco leaves Central City behind is appealing, I’m already dreading whatever nonsense explanation Nora’s sudden heel turn to full black-outfit wearing baddie will bring.

In short: No matter what happens at the conclusion of this Forces story, this is a chapter of The Flash I think we’ll all be more than happy to turn the page on.