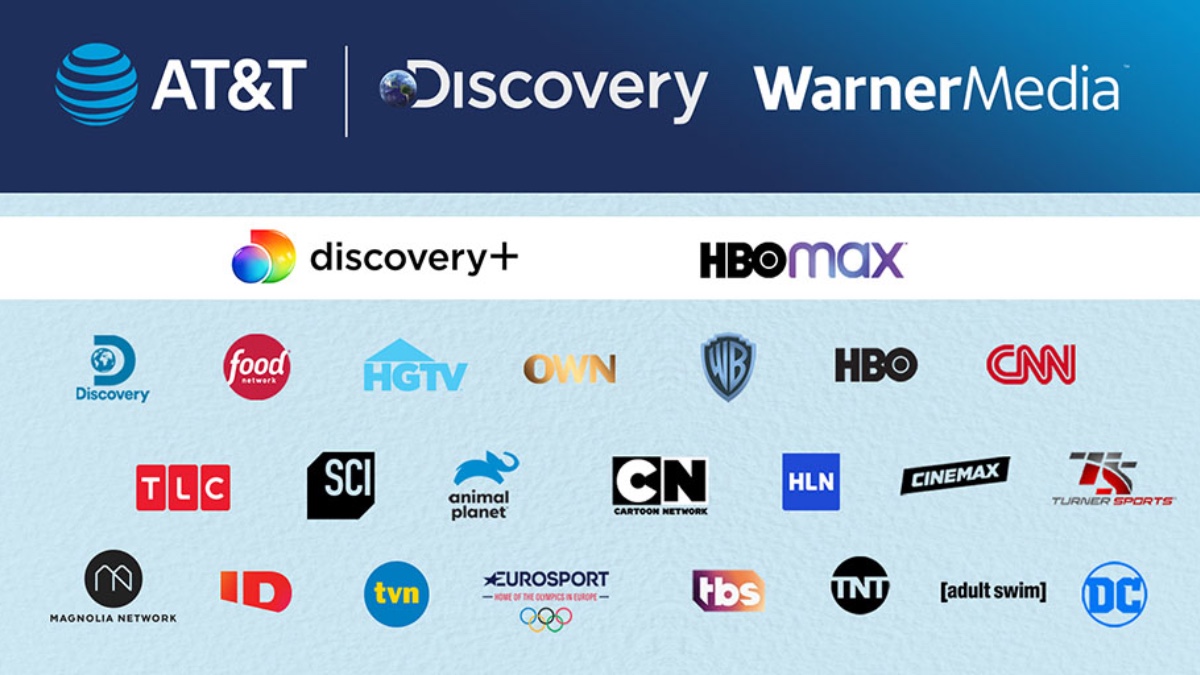 Back in 2018, telecom giant AT&T completed its $85 billion acquisition of entertainment conglomerate Time Warner, creating a new entity known as WarnerMedia. WarnerMedia immediately became one of the largest entertainment providers in the world, generating $30 billion in revenue per year and hosting more than 40 million subscribers on streaming service HBO Max.

Now, just three years later, AT&T has apparently decided that WarnerMedia just wasn’t big enough. On Monday, executives at AT&T Inc. and Discovery, Inc. announced a deal that would combine WarnerMedia and Discovery into one entity that will be able to compete with the likes of Disney and Netflix. This new company (71% of which will be owned by AT&T shareholders and 29% of which will be owned by Discovery shareholders) could be valued at as much as $150 billion, which would place the new enterprise just behind Disney in terms of total assets.

This new venture will receive a new name and will require federal regulatory approval. But if the deal is approved (and it likely will be given that Disney’s nakedly monopolistic Fox deal went through), the new organization is set to be up and running by 2022 with current Discovery CEO David Zaslav shepherding the combined business.

The deal is notable for numerous reasons. For one, it is essentially an admission from AT&T that it failed in its mission to vertically integrate entertainment with its telecom services. When AT&T first acquired Time Warner in 2018, CEO Randall Stephenson said that the deal was an opportunity to “combine (WarnerMedia’s content) with AT&T’s strengths in direct-to-consumer distribution, and offer customers a differentiated, high-quality, mobile-first entertainment experience.” Many financial experts and cultural observers pointed out in 2018 that AT&T seemed ill-equipped to combine an entertainment venture with a communications mission, particularly after its acquisition of the doomed DirecTV.

Those experts and observers have now been proved largely correct. The WarnerMedia streaming service, HBO Max, grew at a slower-than-anticipated pace despite having one of the best back catalogues of films in the streaming world and free access to all of Warner Bros.’ 2021 movie releases. Though AT&T shareholders will own the majority of this new company, AT&T is essentially divesting itself from the day-to-day operations of the entertainment world with this deal, receiving $43 billion to pay off some Warner debts and reinvesting its focus in its broadband business.

Even more notable than AT&T’s failure, however, is the sheer size of this new company. WarnerMedia’s streaming jewel, HBO Max, was already almost comically huge. The product combined arguably the best TV network available (HBO), all of Warner Bros. TV channels (TNT, TBS, CNN, and more), and perhaps the most robust film library in the entire streaming world…all for the price of merely HBO ($14.99 per month). And yet, all of that value was only enough to land HBO Max in the middle class of the streaming world, firmly behind Netflix, Disney+, and even Amazon Prime.

In addition to getting bigger, WarnerMedia and Discovery will complement each other’s offerings in some interesting ways. While WarnerMedia attempted to crack a streaming world dominated by Netflix with limited success, Discovery has remained a giant of cable television, with channels like ID, HGTV, and Food Network being tremendously valuable to advertisers. Among CNN, TBS, TNT, and Discovery’s many successful international news enterprises, this new venture will increase each company’s investments on live sports and 24-hour news programs, both of which continue to find success on cable.

In some ways, the traditional cable success of Warner and Discovery’s joint offerings will buy the new company some time and money to figure out its best approach to streaming. Discovery introduced its own streaming service this year, discovery+, which was designed as more of a niche option but nevertheless gained more than 10 million subscribers rather quickly. It’s unknown if the new company will combine HBO Max and discovery+ at this time, but in an interview with CNBC on Monday, Zaslav said his goal would be to reach 400 million streaming subscribers worldwide.

One other aspect of the deal to keep an eye on is the continuation of the long, strange saga of DC Comics. DC has not had a very good time under the ownership of an AT&T that has been eager to cut costs to continue its grand streaming/telecom vision. Will DC be bumped over to the new company as part of this deal? Neither company’s representatives mentioned DC in their many interviews Monday, but IGN’s Julia Alexander reports that DC will indeed be owned and operated by the new Warner/Discovery company.

In the comic weeks and months, many further details about the deal will emerge. For now, however, a new company has arrived that is better equipped to compete with Netflix and Disney. And in the streaming world, that’s all that matters.