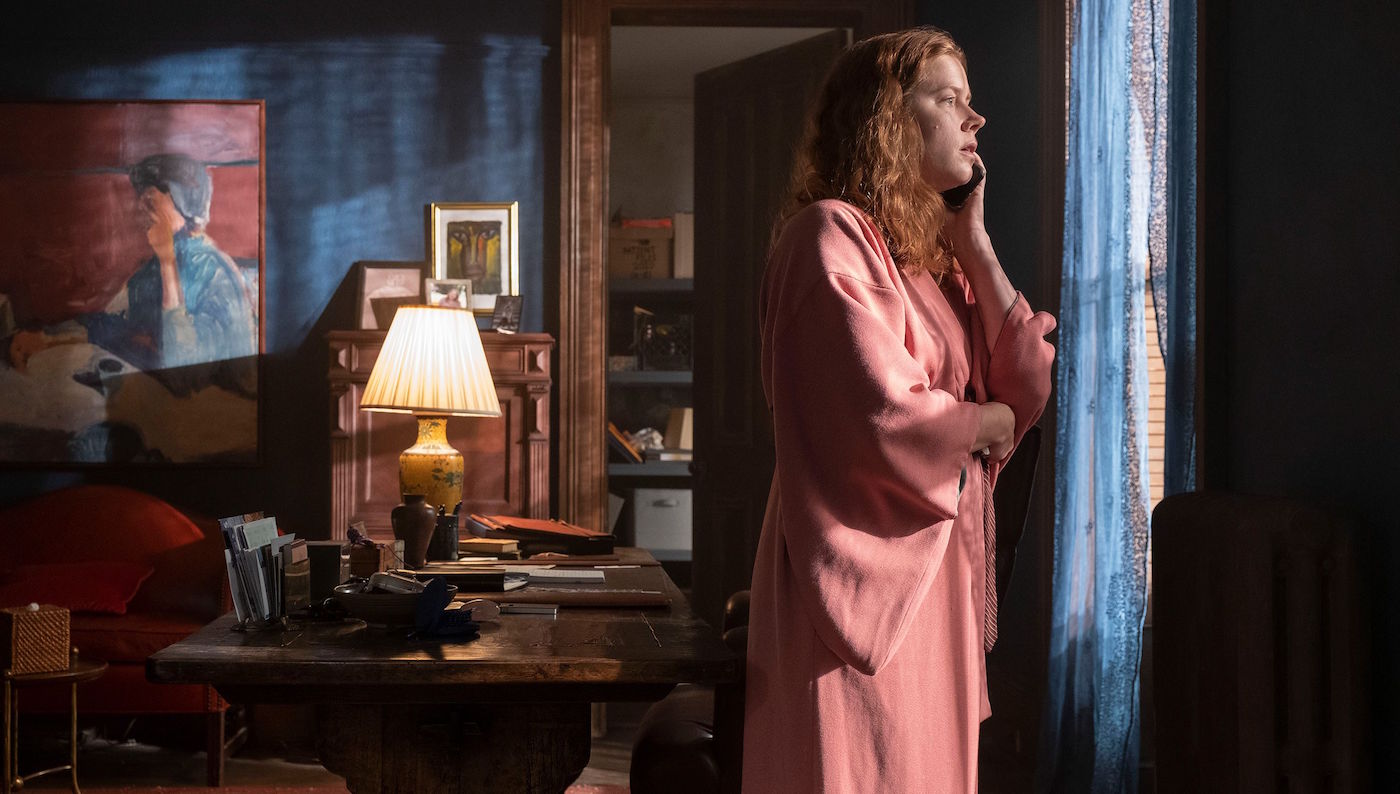 With the level of talent on display in front of and behind the camera of this high-concept thriller based on the best selling ‘grip-lit’ novel by A. J. Finn, it’s no wonder there was huge buzz when the film version of The Woman in the Window was first announced. But after an initial postponement for rewrites and reshoots, and a second due to COVID, The Woman in the Window arrives with slightly less fanfare than anticipated. The timing hasn’t helped the film, but that’s not the only problem with this twisty crime story that totally loses the plot by the end.

Amy Adams plays Anna Fox, a woman with agoraphobia who lives in a big house, with a tenant (Wyatt Russell) in the basement who helps with groceries and errands. Anna has attempted suicide in the past, we learn—the reasons why will unravel before the runtime ends—and has recently started taking new medication. She’s not supposed to drink on the new meds but does so anyway, establishing early on Fox’s position as “unreliable narrator.”

So when she witnesses what appears to be the murder of her new neighbor Jane Russell (Julianne Moore) through her window from across the road, which Jane’s husband (Gary Oldman) vehemently refutes, Anna’s sanity comes into question. Was it a drug induced hallucination? Is the couple’s teenaged son Ethan (Fred Hechinger), who Anna has befriended, in danger himself? Is there some conspiracy here? And how can Anna uncover the truth when she can’t even leave her own home?

If you’re thinking it all sounds a bit like The Girl on the Train, with a similarly committed turn from an A-list actress at the center, then you would be right: 20th Century Fox (back when it had that name) acquired the rights to the novel of The Woman in the Window in 2016. This was before it was even published and became the bestselling debut novel of 2018, but it was the same year that the movie version The Girl on the Train came out—also a moment when ‘grip lit’ (gripping, woman-led thrillers) was still super-hot. This definitely fits into the same box.

The other obvious point of reference for the story is, of course, Rear Window. Director Joe Wright leans into this rather than shying away, with nods not just to that Alfred Hitchcock masterpiece but, notably, Vertigo too.

Wright used meta flourishes like this to great effect in his Anna Karenina adaptation, and the occasional splashes of color and dizzying angles also work well here. And they’re not just to make you feel like you’re watching a Hitchcock movie; they emphasize the unreality of the narrative. The plot of The Woman in the Window is a stretch at best, and it feels like Wright is acknowledging that.

Adams is as great as ever as a woman unravelling in paranoia, pointing fingers indiscriminately, and her growing feelings of unease even in her own home are effective and unsettling, especially during lockdown. In some ways, the movie is more relatable since we’re all stuck in our own homes and many of us feel pretty apprehensive about going outside, and certainly nervous about venturing into other people’s houses, but in a way this robs the movie of the impact of its hook.

Despite the menagerie of top talent behind the project, The Woman in the Window is essentially a potboiler, with a plot that becomes increasingly outlandish as it unravels. That’s not to say that following the journey isn’t enjoyable—it absolutely is—but this is likely to be a single watch movie which is all too easy to pull apart, rather than the prestige project it once looked like.

The boom era of high-concept thrillers with titles which involve women and girls doing things has passed and in this instance, the story behind the book and its very mysterious author, whose real name is Dan Mallory (as reported at length in The New Yorker) is more twisty and fascinating than The Woman in the Window itself.

A gripping, entertaining, melodramatic thriller that’s a couple of years past it’s moment and a couple of twists away from plausibility, The Woman in the Window is nonetheless perfect Netflix fodder: a diverting way to fill 100 minutes while you’re stuck in the house losing your mind.

The Woman in the Window is available to stream on Netflix now.