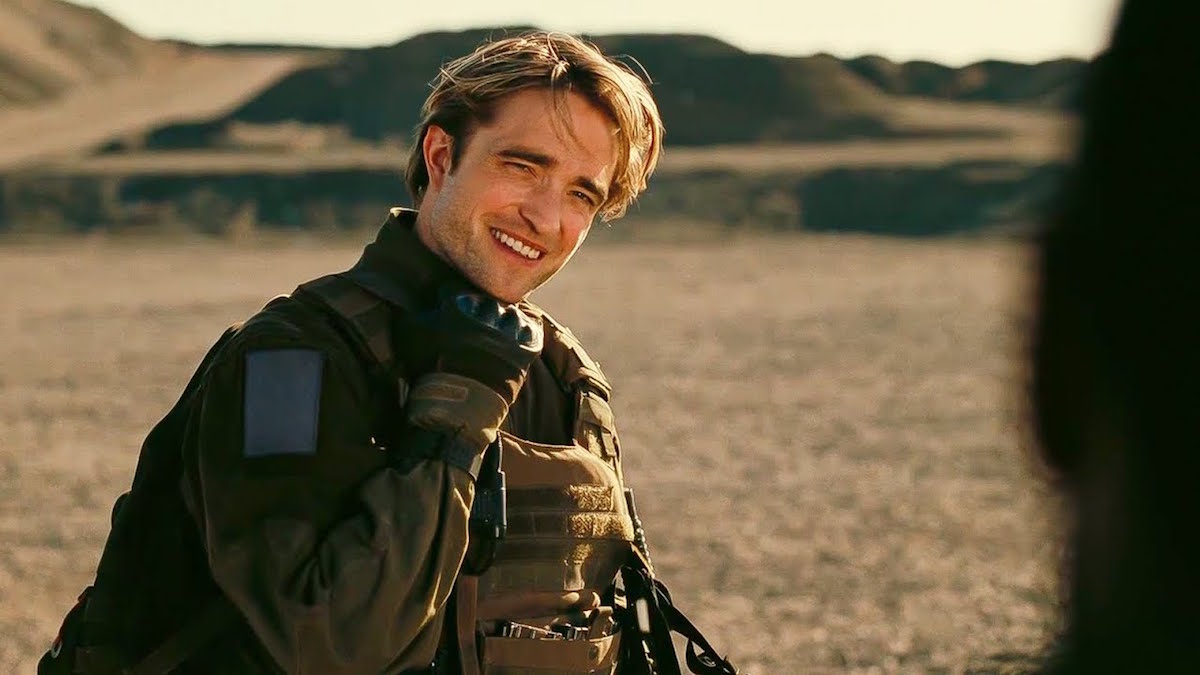 Tenet is now streaming on HBO Max, and with its arrival comes a lot of the old questions and debates around the film. Questions such as “How does Inversion actually work?,” “What was the Algorithm?,” and “What was even happening in that opening scene?” have all been reopened for a new audience. But Christopher Nolan’s Tenet is a film whose implications go far deeper than that.

The movie is based around the concept of “Inversion,” reversing entropy, which in the film means you can reverse the flow of time. This idea results in all sorts of Terminator-esque time war shenanigans, but despite all the talk of temporal pincer movements and potential world-ending paradoxes, everything we see in the film implies you can’t actually go back in time and change history. There’s no Back to the Future style fade-y photographs. No Avengers: Endgame style branching of other timelines. Once something happens, it stays happened, and nothing you can do will change it.

Which invites the question, if history cannot change, and everyone’s past and future are set, does anyone actually have free will? Can anyone actually affect the outcome of their actions, or even choose them? You have no choice but to read on to find out.

Now a bunch of very clever and contrarian readers just stopped reading to show how much free will they have. Unfortunately, for them, determinism would argue that once they read that sentence they had no choice but to stop reading.

Determinism is the argument that everything that happens is caused by everything else that happened, in a long domino chain of cause and effect leading all the way back to the Big Bang. Rewind history back to that point and press play again, and Rube Goldberg Machine-like, everything will play out precisely as it did before until you read this sentence again.

Any choice you make isn’t in fact your choice, it’s just a consequence of genetics and environment.

It’s a model that fits the clockwork plot of Nolan’s time travel movie well. The story is a tangled weave of bootstrap paradoxes (events caused by themselves), and a deterministic view of the world would make the consistency of these loops an inevitability, rather than a very fortunate coincidence.

It’s a worldview with some scientific backing behind it as well. Research has shown that brain activity can predict decisions before the person making that decision has consciously chosen it. So it’s an argument that has a lot of merit, even without oddly-self-consistent time travel.

However, even the characters in Tenet who know the most about its forward and backward flowing time rules seem to accept some ambiguity on this topic. At one point John David Washington’s Protagonist asks, “This reversing the flow of time… doesn’t us being here now, mean it never happened? Could we stop them?”

Neil, played by Robert Pattinson as if he woke up hungover on set one day and thought he’d better start performing a role before someone called the police, answers “Optimistically, I’d say that’s right.” Pessimistically, however, his answer is “in a parallel worlds theory, we can’t know the relationship between consciousness and multiple realities. Does your head hurt yet?”

Which it does, but only because that sentence doesn’t mean anything. It does reveal that nobody is exactly sure if history can be changed. Which does make you wonder why nobody has gone out of their way to change something just for the hell of it. The solution that makes the most sense is, it simply wouldn’t occur to them because all the outcomes are already predetermined.

Let’s Not and Say We Did

One of the movie’s constant refrains is “Ignorance is our ammunition.” I could write an entire article on the various interpretations and implications of that motto (and I will, given half a change), but one of those interpretations neatly matches up with a philosophical argument on free will.

The argument, known as Illusionism, goes, “We live in a deterministic universe, free will is a fantasy, we have no real choice in our actions and by extension we have no real responsibility for them, but under no circumstances must we let people realize this.”

The lie that we alone control and are responsible for our actions is what makes us act morally. There’s some evidence for this. One study showed that people who have read arguments against free will tend to be more aggressive and less helpful. In another experiment, having their belief in free will challenged made people more likely to cheat on a maths test. Like the characters in Tenet, Illusionists believe our policy should be to suppress. Free will is not real, but the lie must be sustained. One imagines the super-secret organization that both recruits and is led by the Protagonist, while keeping most of the rest of the world in the dark, likes this theory.

A counter-argument is that determinism frees us. Rather than seeking to punish people for their actions, we can look into the factors, environmental, neurological, and genetic that drove them to carry out those actions. Sator, in this worldview, is just a victim of his own, admittedly horrifying background and nature. Of course, by that same argument, we can’t blame Kat for doing him in the first chance she gets.

But there is an argument that free will isn’t a lie, that the characters in Tenet can still have free will even as the entire history and future of their universe is already locked in.

Faith in the Mechanics of the World

The thing is, what is free will? If determinism argues that everything we do is the result of something else, what’s the alternative? Magic? A soul? Choosing things regardless of what’s going on around you?

The philosopher Arthur Schopenhauer once said, “Man can do what he wills but he cannot will what he wills.” Your actions are the result of what you’re made of and the things that happened to you, but it’s still you who is doing them. Free will doesn’t mean that you could have chosen differently, but that you, being you, will always make the same choice. This leads to the belief of Compatibilism, which is to say the belief that free will and determinism are mutually compatible.

In Tenet, Neil tells the Protagonist, “What’s happened, happened. Which is an expression of faith in the mechanics of the world. It’s not an excuse to do nothing.”

While “an expression of faith in the mechanics of the world” sounds like so much motivational poster rubbish, the point of “it’s not an excuse to do nothing” is important.

Compatibilists argue that determinism isn’t the same thing as fatalism. That just because you always would have made the same choice doesn’t mean the choice itself doesn’t matter. Which, you might argue, is just a nicer sounding way of saying you don’t have free will.

Which you can choose to believe, or not, if you like.

If you enjoy a bit of philosophy in your sci-fi, Chris Farnell’s novella Fermi’s Progress: Descartesmageddon, is for sale now at Amazon and Scarlet Ferret.

Doctor Who: Flux Episode 5 Review – Survivors of the Flux
15 NES Games That Deserve a Sequel
The Masters of the Universe: Revelation Line Kevin Smith Never Thought He Could Get Away With
Cyberpunk 2077 Sale Brings Out the Game’s Apologists
The Beatles: Get Back – Do Beatlemaniacs Get What They’re Looking For?