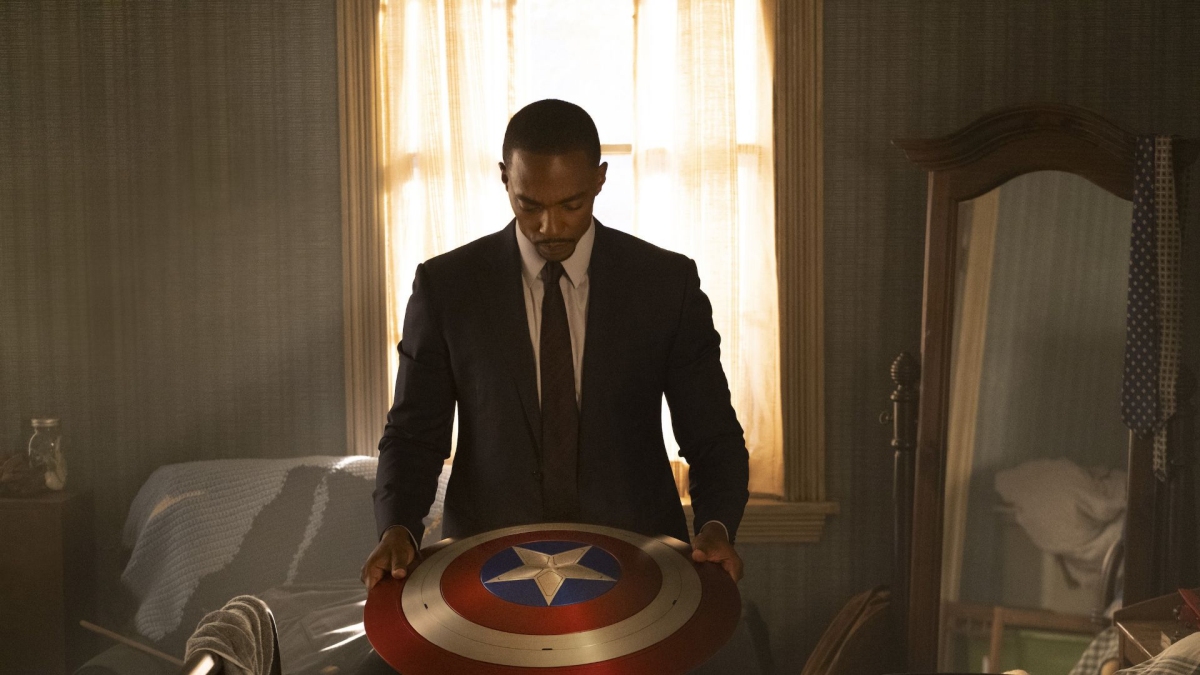 This article contains spoilers for The Falcon and the Winter Soldier.

Talk about timing! With the conclusion of The Falcon and the Winter Soldier on Disney+, Marvel wasted no time in revealing the next project that will spotlight Anthony Mackie’s newly minted Captain America. The Hollywood Reporter broke the news that The Falcon and the Winter Soldier showrunner Malcolm Spellman is co-writing a currently-untitled Captain America 4 with another FWS alum, Dalan Musson. There’s no director attached, and no other details available just yet, but it does raise some interesting possibilities right out of the gate.

But considering how The Falcon and the Winter Soldier ended, as well as some of the other information that’s out there in the world right now about Marvel’s plans, there are a few possibilities about what form Captain America 4 could end up taking.

The Rise of Sam Wilson as Captain America

The final episode of The Falcon and the Winter Soldier showed not just how Sam finally accepted the mantle and responsibilities of the red, white, and blue, but also how his first public outing was perfectly suited to getting the public to accept him as the new Captain America. Sam’s first full adventure as Cap came in the pages of All-New Captain America by Rick Remender and Stuart Immonen, which saw him face off against Baron Zemo, Baron Blood, Batroc (that’s a whole lot of Bs), and a resurgent Hydra. That’s certainly a colorful enough roster to populate a blockbuster movie.

The MCU’s Zemo (Daniel Bruhl) is, of course, destined to return to bedevil our heroes in thought-provoking ways soon enough. Might he be one of the villains of Captain America 4? Well…that depends…

Captain America vs. the Thunderbolts (or the Dark Avengers)

Between the ongoing machinations of Contessa Valentine Allegra de la Fontaine (and seriously, can you believe that Julia Louis-Dreyfus is now part of the MCU?) and whatever Sharon Carter was up to in The Falcon and the Winter Soldier finale end credits scene, there’s plenty of reason to believe that some folks have an interest in putting together a team of “Dark Avengers” or something like the Marvel Comics team the Thunderbolts. In other words, antiheroes and villains who reform to do some good, despite still being really shady.

It’s likely that we’re going to see this play out in upcoming MCU releases like Loki, Black Widow (that film’s villain, Taskmaster, is a prime candidate for a team like this, and it’s already been confirmed that Val will appear there), and others. Perhaps by the time we get to Captain America 4 it’ll be time for a reckoning between someone who truly understands what it means to be a hero and these pretenders who have stepped in to fill the Avengers void.

No, no…not the recent Marvel Comics event with that infamous panel of Steve Rogers saying “Hail Hydra,” I mean the ORIGINAL Secret Empire from the 1970s. The one where Steve, Sam, and T’Challa teamed up after discovering that the U.S. government had been taken over by bad guys and…waitasec, this sounds an awful lot like Captain America: The Winter Soldier when I put it that way, but trust me, it’s not the same.

But wait, aren’t we ALSO getting Secret Invasion on Disney+, the story about how the government has been infiltrated by Skrull agents. Well…yes, and I guess that sorta sounds a little similar here, too.

So then maybe it IS the more recent Secret Empire event, where the Red Skull altered reality to make it so that Steve Rogers believed he was a HYDRA agent all along. What does this have to do with anything, you ask? Well…

The Return of Steve Rogers

Earlier this year, word got out that Marvel was planning on bringing Chris Evans back to the Steve Rogers role in some form in the MCU (Evans, for his part, denied any knowledge of this). It seemed odd at the time, considering we all knew that Mackie’s Sam Wilson was getting ready to wield the shield at the conclusion of The Falcon and the Winter Soldier. Deadline reported that any potential Steve Rogers project “would be separate” from the Cap movie being developed by Spellman, which is good because it would be pretty dopey to undermine Sam as Cap by bringing back one of the most beloved big screen superheroes of all time, especially this early in the game.

But what if the Steve Rogers who returns to the MCU isn’t quite the one we remember? What if he’s somehow part of a larger plot against America and the world, and it sets up a heartbreaking showdown with Sam?

And if that’s gonna happen, there’s only one baddie villainous enough to make it worthwhile, one who’s long overdue to make a proper MCU return…

It’s incredible that we’ve only seen the Red Skull twice in the MCU. This is one of the greatest villains in comics history, and there’s no greater challenge for a Captain America. Sam would 100% have his Cap bonafides locked up once he makes this Nazi asshat eat his own teeth.

How could the Red Skull return? Well, we have a theory that the person Sharon was talking to in that post-credits scene was Alexander (or Alexa) Lukin, a Russian spy who ended up kind of “possessed” by the spirit of the Red Skull, which set off a whole messy chain of events (in some of the best Cap comics of all time, Ed Brubaker and Steve Epting’s Captain America run).

Of course, there’s no release date for Captain America 4 just yet. There isn’t even a director! That being said, there are a number of dates on Marvel’s upcoming release calendar that don’t yet have films attached to them: Feb. 17, May 5, July 28, and Nov. 3 all in 2023. Those May or July dates would certainly be good fits for a summer blockbuster Cap flick.

But…while Marvel doesn’t have this date locked up yet, it’s worth noting that July 4th falls on a Thursday in 2024, so a long Patriotic holiday weekend release date sure would fit Captain America 4, too, wouldn’t it? Just having some fun speculating for now, but we’ll update you once there’s more news out there.