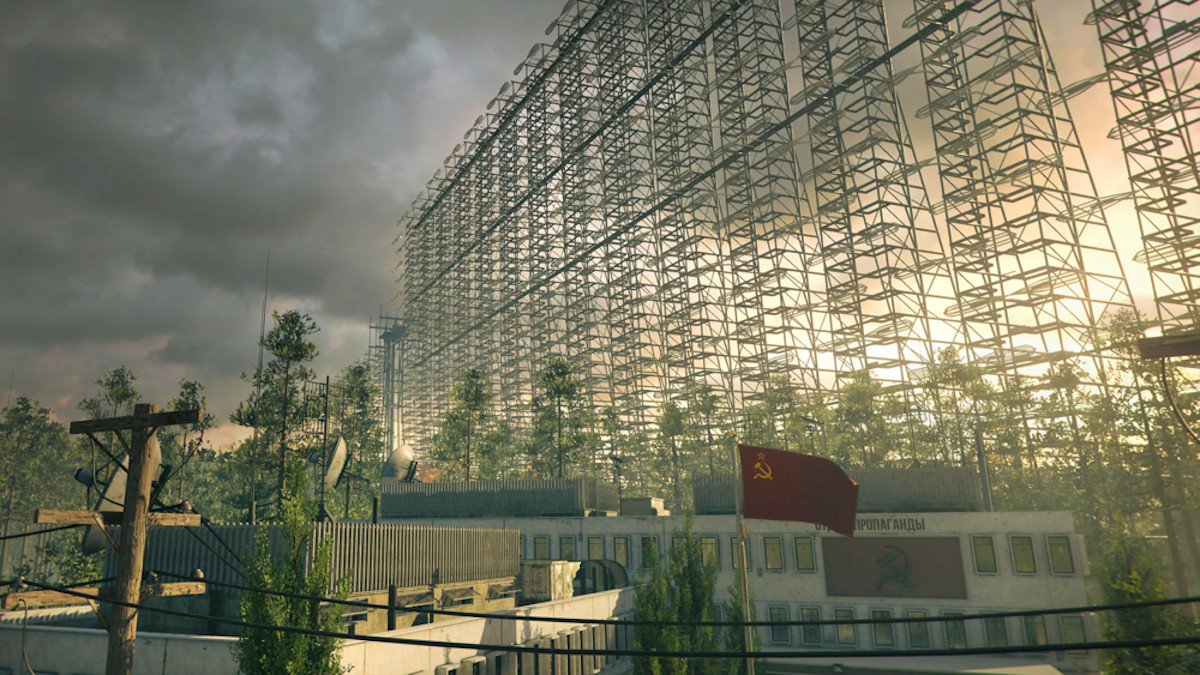 It seems that some players discovered that it was actually possible to play on the new Warzone map by using the mode’s private match function. While developer Raven shut down that workaround fairly quickly, they weren’t able to get to it before some prominent Call of Duty YouTubers were able to upload extensive footage of themselves exploring the new map. Oops.

Based on the footage we’ve seen so far, it seems that the new Warzone map is actually a 1980s themed reskin of the old Verdansk map. It’s currently being referred to as “Verdansk84,” so I’m going to go ahead and guess that it’s specifically set in the year 1984. It’s not entirely clear what the lore behind this new map is, but the use of the word “flashback” during some of the loading sequences tends to suggest that Warzone players have somehow been transported back to Verdansk as it was before everything went quite so wrong. The time warp can almost certainly be attributed to the recent nuclear bomb that rocked the current Verdansk map.

So what’s new? Well, the first thing most players will notice is that the whole map is much lusher than it was before. There are a lot more trees and patches of grass, which could end up impacting some of the battles in open areas but will most likely largely serve to liven up the visuals a bit. Along those same lines, it seems that most buildings have gotten a fresh coat of paint.

There are a few new areas (such as a giant Array built for sniping, a Salt Mine that replaces the old Quarry area, and “Aqueduct” where Dam used to be), but the biggest takeaway from this early footage is that many of the old Verdansk areas have been significantly reworked. Some of the changes don’t amount to much more than the aforementioned coat of paint and a couple of new structures, but other key points of interest have been almost entirely redesigned. The best example of the latter point that we’ve seen so far has to be “Stadium” which is still under construction in this time-warped version of the map.

Based on what we’ve seen and heard so far, these seem to be “Verdansk84’s” new points of interest. Remember, though, that these may not include all the new areas or account for old areas that have been noticeably redesigned:

Oh, and Warzone players will be happy (or at least interested) to hear that there’s a new Gulag area modeled after the Standoff map from Black Ops 2.

Overall, this update may disappoint some who were hoping for an entirely new map, but it appears to at least be more substantial than the reskin that some suggested it would be. We’ll see how it plays, but the new area might just be the shot in the arm that Warzone needed.

Peacemaker Is Another TV Bullseye for DC
Marvel’s Captain America: Civil War – Trailer 2
Will HBO Max’s Degrassi Be In Continuity?
Why The Last Duel Is Not an Oscars Contender
The Legend of Zelda: Every Story Ranked Worst to Best