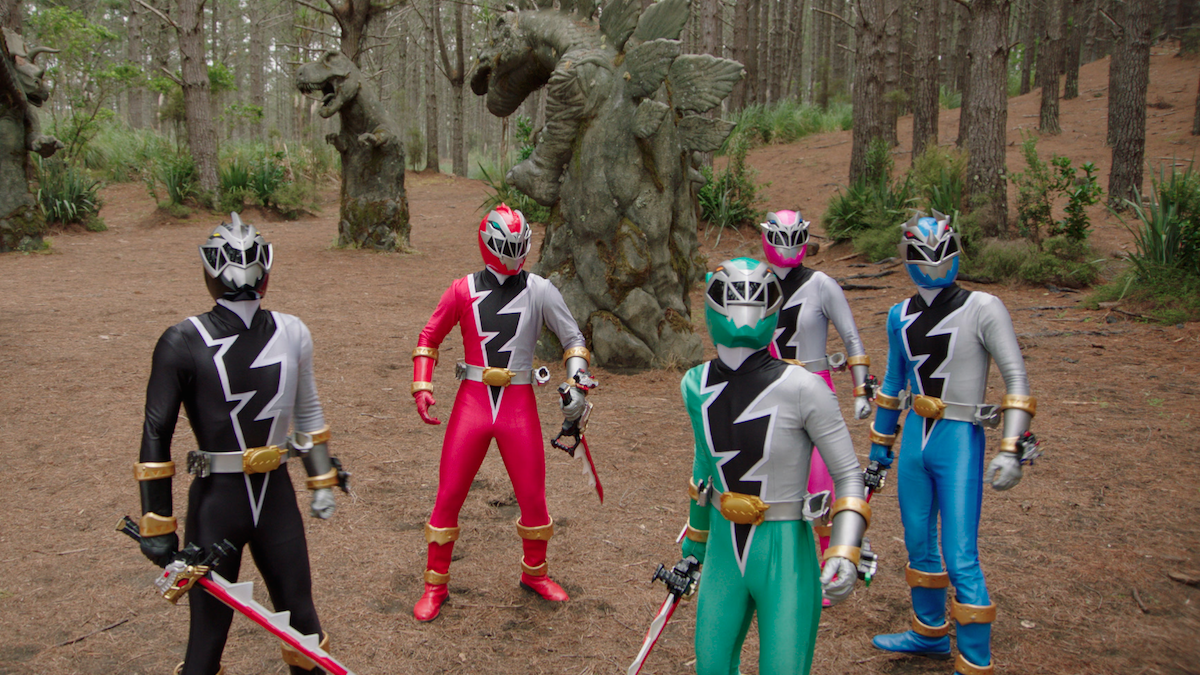 For the better part of 20 years Power Rangers has actively resisted a strict continuity. Sure it would drop a reference here or there but most of the time the show was content to keep its season closed off from one another. When we did get references or connections to the past they were often throw away at best and actively contradictory at worst. Sure we had a few great callbacks like Dr. K’s return in Beast Morphers but on the whole, attempts at continuity were few and far between and rarely successful. However when Power Rangers’ newest season, Dino Fury, premiered something was very different.

The first episode brought back the Morphin Masters, a group of characters that hadn’t been seen in the show since its first season but were intensely speculated on by fans. Unlike many other attempts at continuity this one felt thought out, a way of expanding the Power Rangers lore and providing a way for fans to connect past seasons. It didn’t contradict anything, it actually made a few seasons connections to the wider Power Rangers universe easier to understand. If that’s all Dino Fury had done, that would have been a big win… but it didn’t stop there.

In Dino Fury’s second episode we were introduced to J-Borg, a robot comic relief sidekick, who was shipped to BuzzBlast in a box from Hartford Industries. If you don’t remember, Andrew Hartford was a main character in Power Rangers Operation Overdrive who created a robot son, Mack, who became the Red Ranger. He also owned Hartford Industries, so it’s more than possible he continued to make robots!  The episode didn’t make a huge deal out of it but if you were looking you’d see it. Another great reference.

Then the eighth episode of Dino Fury aired and they really stepped up the continuity. We not only get the return of Mick, a main character from Ninja Steel, but an actual explanation for that season’s main power source, the Nexus Prism. The Prism in Ninja Steel was a frustrating macguffin, a source of seemingly endless power and abilities. Here though we finally get some explanation of its origins… and it was created by the Morphin Masters!

In an incredible sequence where Red Ranger Zayto reads the mind of the Prism (which also helps to flesh out its semi sentience) and we get a flashback of its creation. We learn that deep in the past the Morphin Masters created mystic artifacts to power teams of Rangers. They not only created the Nexus Prism.. but also the Dino Gems (the power source of the Dino Thunder Rangers) and the Energems (the power source of the Dino Charge Rangers.)

This is a mind-blowing revelation that helps to not only establish the origins of these powers but tie them back into the Morphin Grid, a source of many teams powers. Power Rangers has sometimes been vague about which teams tap into the grid and which ones don’t, but here we get full confirmation of the Morphin Masters involvement in creating these specific powers. It also gives them a more concrete origin. Before now the Dino Gems were simply salvaged from the asteroid that wiped out all dinosaurs on Earth. The Energems were simply created far in the past.

It also stands to reason that other power sources for past Ranger teams were created by the Masters to. Dino Fury smartly doesn’t try to broadly say the Masters created EVERY power source, but it did choose two that had vague origins. It gives enough concrete information that lines up with the past to help fans connect the dots for the rest if they so choose.

We also learn that the Masters have been observing past Ranger teams, though for what purposes outside of being vaguely mystical we don’t know. However, we do learn the Nexus Prism has a new mission on Earth… but we don’t know what it’s doing. It’s an intriguing mystery, one we can only hope will help tie together more lore from Power Rangers’ past.

The way Zayto connects with the Nexus Prism is also heavily reminiscent of the now obscure Power Rangers Dino Thunder special ‘Before it Began’ that was available on that season’s DVDs. There, Blue and Yellow Rangers Ethan and Kira came across a rock that seemed to be an embodiment of the Morphin Grid itself (though this was left somewhat vague.) In the special, the Morphin Grid asks the Rangers to import their knowledge,which leads to flashbacks to several Dino Thunder scenes. It was a strange DVD special at the time that didn’t make a lot of sense… until now.

Mick brings along the “Legendary Ranger Database” which is established to have a connection to the Morphin Grid. This helps to explain that rock in ‘Before it Began,” albeit not directly. It gives fans enough ground to comfortably infer that teams directly input their memories into the database via the Morphin Grid, as seen in ‘Before it Began.’ Perhaps this also explains how Tommy knew so much about past Ranger teams in Dino Thunder. It for makes the Ranger Database Noah had access to in Super Megaforce make much more sense.

This episode is a treasure trove for fans, giving them a ton of lore to play with and helps to make the Power Rangers universe feel more connected. One of the things that made Power Rangers so beloved in its early years was its interconnected continuity. Sure it wasn’t perfect but it made the franchise special, it rewarded you for watching. It was doing a rough pass at what the MCU is now celebrated for!

It’s exciting to see Power Rangers smartly play with its own continuity again. Longtime fans get something for them but more importantly it gives younger viewers some incentive to check out past seasons (and of course buy toys based on them.) In the age of streaming and home media this is a smart move on the franchise’s part and we can’t wait to see what else Dino Fury has in store when it returns from its hiatus.