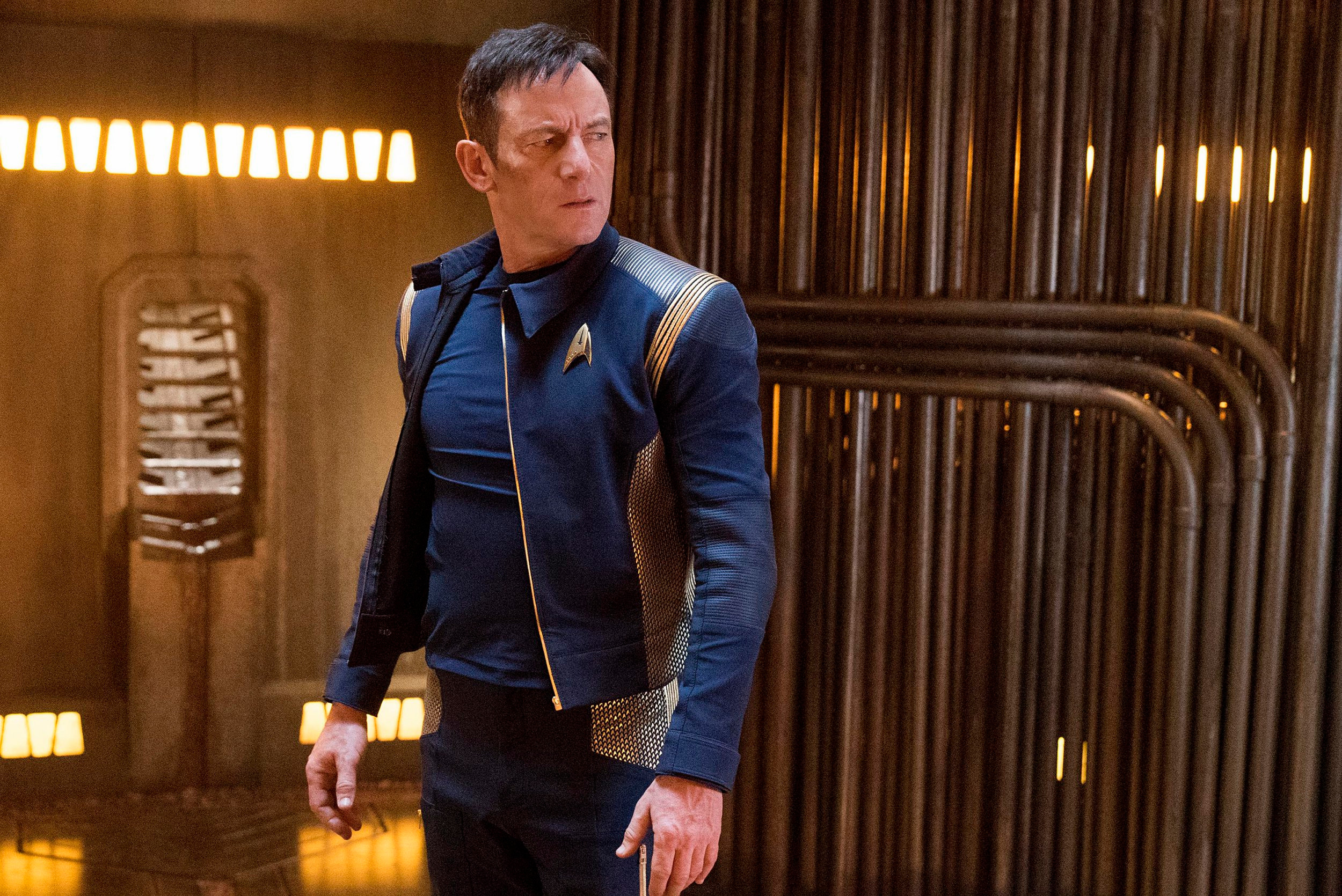 When Star Trek: Discovery first began, the show was remarkable in that, for the first time in franchise history, its primary protagonist wasn’t a starship captain. Your mileage may vary when it comes to how you feel the show has handled Michael Burnham’s journey over the course of its three seasons to date, but there’s no question that she, rather than the person at the eponymous ship’s helm, was always meant to be Discovery’s lead.

As a result, the show had a unique opportunity in its first season to explore a very different kind of captain with a very different leadership style. After all, if he wasn’t our primary protagonist, then such a character didn’t come with the expectations of a James Kirk or Jean Luc Picard. He could be darker, more complicated, less likable, and the story would be made all the richer for these differences. And, initially, that’s precisely the sort of character Gabriel Lorca appeared to be. A stern taskmaster with a take-no-bullshit attitude, Lorca was a Star Trek captain who believed that the ends could in fact justify terrible means – if the end being sought was important enough.

Granted, he also turned out to be a Mirror Universe clone bent on killing a bunch of people and taking control of the Terran Empire, but we didn’t know that when we first met him.

Originally, Lorca seemed like the sort of morally gray protagonist that a war story like Discovery’s first season needed – a man willing to do what others wouldn’t, no matter how dark the choices he was faced with might happen to be. Kill his former crew so they don’t get tortured by Klingons instead? On it. Experiment with secret and dangerous technology that weaponizes a seemingly harmless science vessel and puts lives at risk, but might turn the tide of intergalactic war? A fine idea.

This Lorca is basically the oft-repeated Star Trek idea that the needs of the many outweigh the needs of the few come to life, just taken to a disturbing extreme. To him, winning the war, discovering the secret to the Klingons’ cloaking device, and protecting important Federation resources are ultimately more important than the safety or wellbeing of his crew, and he behaves accordingly. On some level, much of his behavior may seem ruthless and cruel, but looked at in a certain light, his actions can also be seen as very necessary.

Perhaps Starfleet captains forced into leadership positions during times of war and conflict are, naturally, harder and less concerned with things like Federation protocol and ethics than those who are not. Maybe they’re predisposed to be gruff and short, and less interested in making friends with their subordinates than seeing their orders followed. And Discovery does not shy away from the obvious darkness in Lorca’s soul, even when those traits make the character difficult to watch and occasionally impossible to root for. But, at the end of the day, he’s a capable commander who gets things done – even if his methods aren’t what a Kirk or Picard might recommend or tolerate.

That the Gabriel Lorca who served as Discovery’s captain turns out to be an evil clone from an alternate universe allows Discovery to neatly sidestep the thornier philosophical and moral questions raised by his position within the world of the show. Of course, there’s no space in this franchise for such a ham-fisted, cartoonish man, who suddenly starts wearing studded leather outerwear and gleefully murdering people. That Lorca is clearly a villain and we can feel a certain amount of relief when he dies. But what about the other officers in Starfleet, those who look a lot more like the original Captain Lorca than they ever will Captain Picard?

We all know that Star Trek, as a franchise, is largely a story about do-gooder optimists out to seek out new life, boldly go, and collectively work toward building a better future for all of humanity. That’s the ideal. But, isn’t it unlikely that everyone in Starfleet’s ranks fits that bill? What about the cynical scientists who do valuable work but don’t care about exploring alien cultures? The battle-scarred warriors who never really figured out how to stop fighting whatever their last war happened to be? The folks that don’t care about the mission beyond the fact that it pays their bills or feeds their kids back home?

I mean, original recipe Gabriel Lorca can’t be the only starship captain that’s wildly competent at his job, but also kind of a jerk, can he? That captain didn’t seem destined to win any popularity contests among his crew, but he also, you know, wasn’t a mass murderer. And granted, those characters aren’t likely to lead spinoffs of their own. But they still have important roles to play – as Discovery’s initial episodes showed us.

As much as we all want to believe that every character in this universe who puts on a uniform is a Christopher Pike-type that exudes Federation ideals with their every breath, that’s honestly not possible. Some captains are going to turn out to be mediocre leaders, have terrible people skills, or even be downright cruel to their subordinates. It’s human nature. And after all, this franchise’s seemingly endless list of corrupt admirals has to come from somewhere. They didn’t just spring from the ground fully formed – they were once captains and first officers and helmsmen whose stories took a dark turn. But how?

To be clear: Star Trek doesn’t need more villainous mirror clones. (And let’s be real, this franchise will never top Emperor Philippa Georgiou anyway.) But what it does need, is different sorts of characters in command and leadership positions. Scarred by losses and hardened by battle, the original Lorca isn’t exactly a poster child for Federation service – but that’s precisely what made him so fascinating to watch. We’ve seen plenty of brave, selfless, admirable people in positions of leadership in this franchise. But what about the good leaders who aren’t necessarily likable or even decent people? Surely those must exist, somewhere in this wide universe. Shouldn’t we get the chance to see those stories too?

15 Best NES Horror Games
Who is Your Favorite DC Character? | DC FanDome
Succession Season 3: Kendall Roy is Back On Top, But for How Long?
Sci-Fi Short Film “Face Swap” | DUST
The Batman Feels Like It Picks Up Where The Dark Knight Left Off