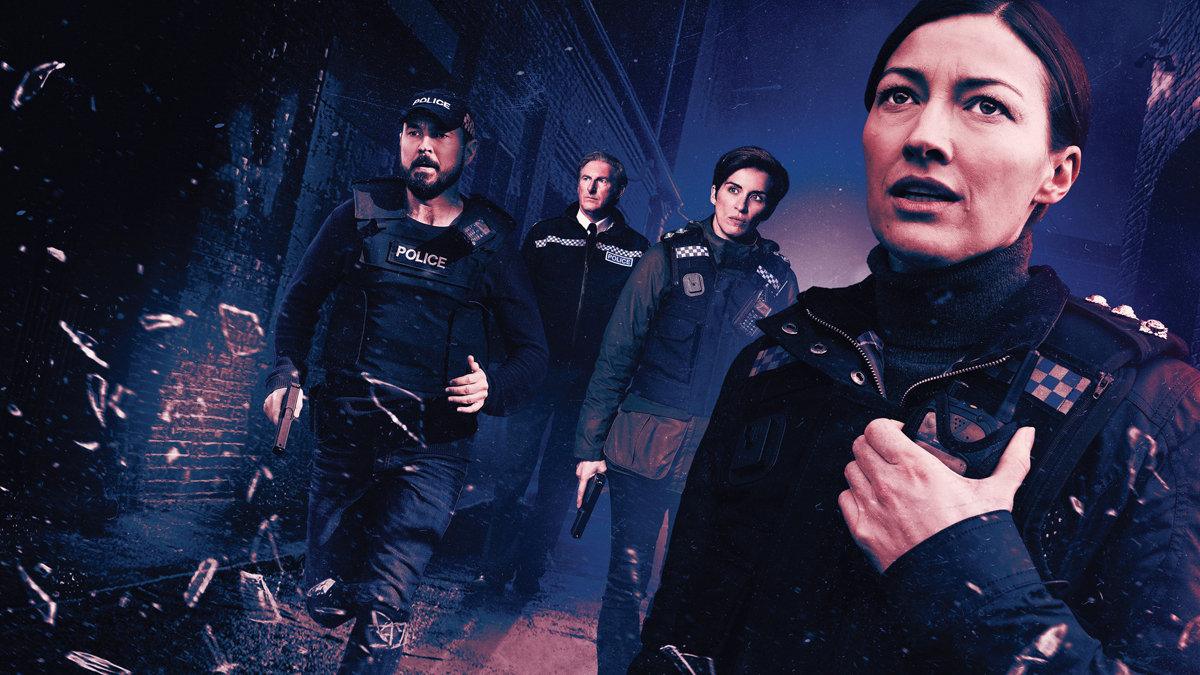 You could say we’ve taken this too far. You could be right. You could also say that, for a Line of Duty fan attempting to solve the Jo Davidson family mystery, it’s useful to know that Tommy Hunter was 13 years old when Jo Davidson was born, making him more likely to be her brother than her father. Or that John Corbett was born two months after Jo Davidson, making it impossible for his mother Anne-Marie McGillis to also be her mother.

And then there are the real questions, such as: the day before AC-12 raided Hillside Lane Station in series six, it was Kate Fleming’s 35th birthday. Did she bring in doughnuts? Had Kate come in worse for wear from one too many glasses of white in Frederico’s with Jo? The people demand to know.

Taken from police records glimpsed on screen and episode scripts, below are the key dates mentioned in Line of Duty, in chronological order, right from the start. We’ll update as series six continues. Use it to bolster your theories and beat your friends in arguments. Carry the fire, team.

Prior to Series One

– Steve Arnott’s counter-terrorism op is botched and CI Osborne demands a cover-up. Steve refuses and is recruited by Ted Hastings at AC-12
– DCI Tony Gates receives the Officer of the Year award and is investigated by AC-12 for manipulating his unit’s stats
– OCG money launderer Jackie Laverty runs over her accountant. Her lover DCI Tony Gates helps to cover it up. She’s murdered by the OCG, who blackmail Gates to cover up a string of drug murders
– DCI Gates gets a confession from OCG leader Tommy Hunter, delivers him to AC-12, then kills himself by stepping into traffic so his family receive a ‘line of duty’ pay-out
November 2012 Deborah Devereux is arrested for assault against a neighbour, DI Buckells at Kingsgate Station has the charges dropped in exchange for sexual favours

21st May 2013 DI Lindsay Denton terminates her pregnancy, at lover DCC Dryden’s behest
16th August 2013 DCC Mike Dryden is photographed by the OCG engaging in a sex act with underage victim Carly Kirk, who goes missing that day. To fake an alibi, Dryden takes responsibility for his wife’s speeding ticket issued that evening
5th September 2013 A police convoy transporting former OCG head-turned-witness Tommy Hunter is diverted by DI Lindsay Denton, then ambushed and three officers are killed
14th September 2013 Tommy Hunter and DC Georgia Trotman are murdered in hospital by bent copper DS Jeremy Cole
September 2013 – DI Denton is charged with conspiracy to murder, remanded until the 18th of November 2013, released, then rearrested and sentenced to life, serving 585 days inside until her successful appeal.

13th May 2015 Danny Waldron shoots dead his childhood abuser Ronan Murphy and instigates a police cover-up, later torturing Linus Murphy – another abuser – to death
1st June 2015 Danny Waldron is fatally shot by PC Hari Bains, blackmailed by the OCG
13th July 2015 Danny Waldron’s funeral takes place
17th July 2015 Lindsay Denton is murdered by DI Matthew ‘Dot’ Cottan, who attempts to frame Steve Arnott for the crime
18th July 2015 Dot sends an ‘Urgent exit required’ text to the OCG and is shot out of an AC-12 interview. Kate gives chase and Dot is killed saving her from an OCG bullet. She records his Dying Declaration giving clues to the identity of corrupt officers in league with the OCG

11th November 2016 The dismembered corpse of sex worker Baswinder Kaur is found
25th January 2017 Leonie Collersdale, also a sex worker, goes missing
9th March 2017 Hana Reznikova is abducted as part of the OCG’s attempt to frame Michael Farmer for the Operation Trapdoor murders
17th March 2017 Roz Huntley hits her head at Tim Ifield’s flat and, thinking her dead, he makes plans to dispose of her corpse. She wakes up and in a struggle, accidentally kills Tim Ifield then attempts to cover it up by cutting off his fingers and disposing of his laptop and phone
4th May 2017 Hastings fatally shoots a ‘Balaclava Man’ attempting to extract and/or kill solicitor Jimmy Lakewell from AC-12 headquarters
5th May 2017 ACC Derek Hilton is found dead, supposedly a shotgun suicide but more likely murdered by the OCG. At a later date, Roz Huntley pleads guilty to the manslaughter of Tim Ifield and is sentenced to 10 years in HMP Brentiss Prison. Jimmy Lakewell pleads guilty to perverting the course of justice and is sentenced to HMP Blackthorn

10th September 2019 Gail Vella is murdered outside her Moss Heath home
October 2019 DCI Jo Davidson is made SIO of the Gail Vella murder investigation
2nd or 3rd October 2019 Gail Vella’s funeral takes place
26th October 2020 CHIS Alistair Oldroyd phones his handler to say he heard ‘Ross Turner’ boasting of killing Gail Vella. Det Supt Buckells delays the operation to pick up the suspect until the next morning.
27th October 2020 1:23am: a burner phone found at PS Jatri’s home makes an outgoing call.
Operation Lighthouse is diverted to an armed robbery, causing more than two hours’ delay. Terry Boyle is found at Ross Turner’s address at Beechwood House and arrested on suspicion of murder. The freezer formerly containing Jackie Laverty’s corpse is dumped
29th October 2020 CHIS Alistair Oldroyd is found dead
2nd November 2020 Farida Jatri requests a transfer from MIT. She is replaced by PC Ryan Pilkington. Carl Banks’ corpse is discovered at an industrial site, the prints on the knife match those of Alistair Oldroy
4th November 2020 AC-12 tries to raid Hillside Lane Station but are sent back, then return later to seize the Operation Lighthouse files, some of which are missing and later found in DSU Buckells’ car
8th November 2020 Ryan follows Jo to her home address on Croxton Street
10th November 2020 Kate and Jo go for a drink at Frederico’s Bar, followed by Ryan
11th November 2020 PC Ryan Pilkington attempts to kill Terry Boyle, successfully drowning PC Lisa Patel by forcing the police car into Edge Park Reservoir
November 2020 A police convoy carrying witness Jimmy Lakewell comes under fire by the OCG. DI Arnott shoots a sniper. Lakewell is murdered in prison by OCG member Lee Banks. DNA deposits found at Farida Jatri’s home reveal that Jo Davidson is related to a significant nominal from a past investigation
End of November 2020 AC-12 is due to be merged with AC-3 and AC-9, and Ted Hastings, mother of God, is due to retire

Line of Duty continues on Sunday the 18th of April at 9pm on BBC One.

7Fates: Chakho Review — How Do the Webtoon & Web Novel Compare?
Why Marvel’s Eternals Is Much Better the Second Time Around
Ozark Season 3 Recap: The Breaking Bad of Wendy Byrde
Meet Naomi, The New Superhero on The CW Block
Peacemaker | Vigilante Teaser | HBO Max