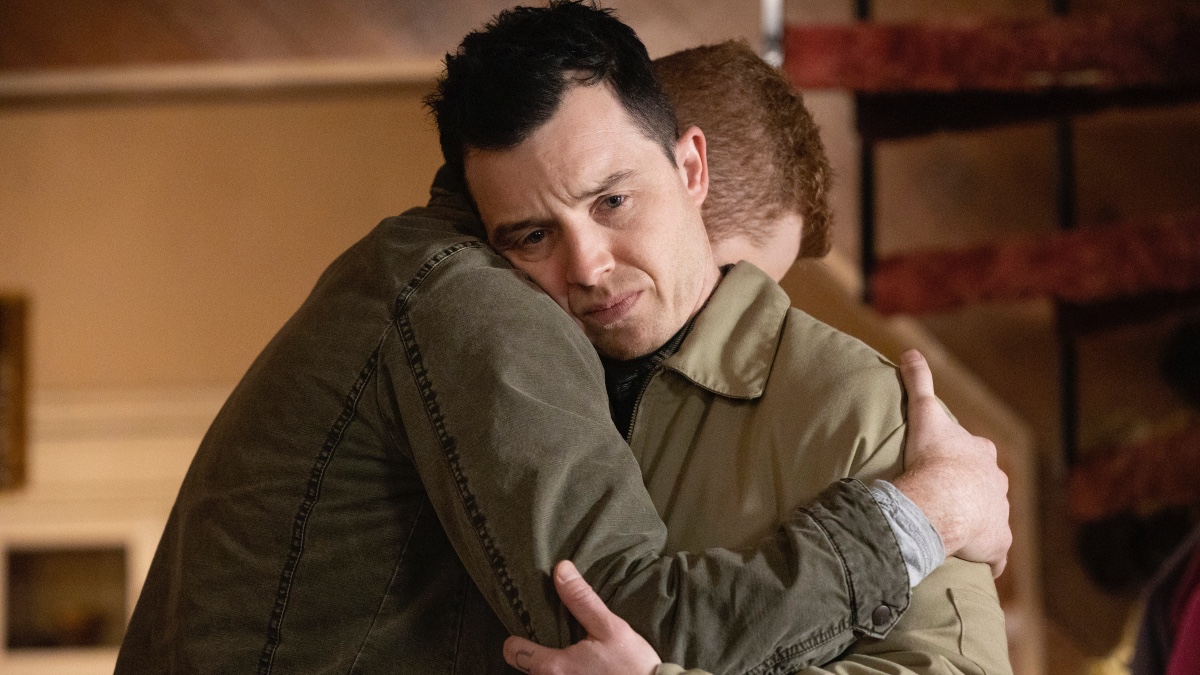 Most people would likely not argue that Shameless’s best years are behind it. Showtime, its cable network, even briefly had a reputation for bleeding series dry long after they should have ended. However, even the most egregious examples of this like Weeds, Californication, and Dexter still pale in comparison to Shameless‘s episode count and none of them ever lost their series’ lead. It’s fair to say that Shameless is not as good as when it started or even how it was a few seasons back, but it’s always remained true to itself. It hasn’t resorted to radical time jumps or a revolving door of new premises and locations as a way to inject steroids into a withering corpse.

Shameless set out to depict the flawed lives of a lower-class family and it’s done that for 11 seasons and allowed a full generation of characters to grow up before the audience’s eyes. Shameless might not have always been a top tier television program, but it’s emblematic of Showtime’s early ideology and the growth that they’ve experienced over the past decade. Shameless is their longest running program and with it gone there’s a substantial piece of Showtime’s past that leaves with it. The final lingering brick from the old guard is finally dislodged.

In a way, “Father Frank, Full of Grace” becomes an even more poetic finale because the Gallaghers’ loss of Frank also functions as a metaphor for Showtime’s loss of Shameless. “Father Frank, Full of Grace” is a celebratory finale that’s emotional, beautiful, crude, and chaotic more than it’s a metatextual conversation about Showtime’s legacy. However, it all contributes to an overwhelming sense of closure and fresh beginnings, which is exactly what Shameless’ series finale needed to deliver.

Frank’s nagging mortality is a major catalyst for this series finale, but it’s also remarkable to see how most of the Gallaghers have already moved on. Frank may not technically be dead at the start of the episode, but he’s metaphorically been a ghost for decades. Any love is lost at this point and Frank’s belabored transition to the other side is treated like a temporary nuisance, as if it’s a toilet that needs to be unclogged.

Frank lets out a surprised, “Well, fuck,” upon the realization that he’s not dead and that was also pretty much my reaction to this news. Frank’s death feels like a foregone conclusion and the cyclical nature of his story in this finale steps on the toes of the past few episodes. It’s an emotional moment when Frank does pass on, but it also turns this finale into a prolonged waiting game whereas last week’s conclusion came as a legitimate shock.

Frank’s detached actions as his ailing body moves on autopilot are a frustrating component from this finale. The material feels sloppy and like it’s just another opportunity to get more of a morose, haunting performance from out of Macy. I’m still not convinced that it’s the best decision for this last episode, but Frank’s out of body experience and his flashbacks contain some of the finale’s most touching moments.

Frank’s thoughts on his family and these glimpses of the cast back in season one aren’t overused and their impact is felt. Even the brief return to a shut down Patsy’s Pies connects as Frank takes in the South Side with fresh eyes for one last time. It’s a messy storyline, but thematically it’s sound. It’s no coincidence that Frank is there, but he isn’t, through most of this episode. It’s the perfect distillation of his involvement as a father for his kids. Frank’s spirit is ever present, but he spends this final episode in a cathartic form of isolation.

Frank spends this installment lost in the past while everyone else braces for the future. There’s still residual Gallagher drama, but “Father Frank, Full of Grace” largely waves a magic wand to either fix all of these problems or at least provide a solid roadplan for what lies ahead. This finale makes a very conscious decision to be about celebration and unity rather than stress and conflict. All of the Gallaghers’ dilemmas aren’t solved, but they never will be, and the acceptance of this allows this finale to confidently conclude and not get lost in the weeds. A lot of ground gets covered, some of which doesn’t necessarily feel like the best use of time in a series finale, but”Father Frank, Full of Grace” never feels rushed and it allows each Gallagher–even an unconscious Frank–several opportunities to shine.

Lip enters this finale with the most stress and arguably exits with the most support and prospects for the future. It’s genuinely nice to see Tami and Lip reach a place where they’re able to healthily communicate, listen to each other, and work as a team. Tami is almost a little too understanding considering how much recent instability has entered their lives. It’s a little convenient that several of Lip’s delivery runs are also situations where technologically impaired people benefit from Lip’s knowledge in the area. It’s left unresolved if this is enough to kickstart Lip into some tech-based job where he heads down a different direction in his life, but it offers a sliver of hope in the area.

This finale offers teases, not answers, for what’s to come for Lip and this open-ended attitude carries over to the rest of the Gallaghers. Debbie’s accelerating relationship with Heidi sticks out the most here and it feels strange to spend so much time on a completely new character in the series finale. The red flags from Debbie’s relationship get balanced out with how enjoyable everything is with Mickey and Ian. They engage in several real, vulnerable conversations here that reflect how functional they’ve become. The baby talk is really pleasant, but the surprise wedding anniversary is even better and not made super obvious.

This season of Shameless, more than any other, has pulled from reality for a lot of its material regarding Chicago’s social climate. This is typically strong material for the series’ satirical perspective and it’s naturally integrated into the story.  However, the injection of current politics and conspiracy theories that Mickey and Ian are briefly exposed to feels less subtle and like the show just wants to fit in some “Sleepy Joe” commentary before it’s over. Similarly, it seems kind of unnecessarily loaded that after a lifetime of recklessness it’s ultimately COVID-19 complications that takes out Frank and not his rampant alcoholism or drug use. These moments are brushed past quickly and don’t derail the narrative, but they feel awkward in the moment.

“Father Frank, Full of Grace” is a rather safe finale that doesn’t have any major surprises. Those that were expecting a Fiona cameo may be irritated over the finale’s direction, but it should have been pretty obvious that Shameless wasn’t interested in this type of finish. Fiona wouldn’t have radically changed this finale, but I’m genuinely curious if John Wells reached out and did attempt a brief return or if they’ve both fully moved on by now.

I’m also a huge Spoon fan, but even I thought it was jarring that the Gallaghers and the Alibi patrons just happen to know all of the words to “The Way We Get By.” I understand that it’s meant to offer some connection with the pilot episode’s ending, but diegetically the Gallaghers have never had a connection to the song. It seems like there would be plenty of more appropriate songs, with Chicago origins, that would actually have significance to these people. It’s still a very sweet moment for Shameless to end on, even if the logistics are slightly flawed.

All of this is to say that “Father Frank, Full of Grace” is a convoluted episode, but its final ten minutes where the Gallaghers are deep in the throes of celebration is exactly how this series needed to go out. All of these characters bask in each other’s company, demonstrate their appreciation for each other, and reflect on how much they’ve matured. Lip and Ian’s brief heart-to-hearts have been a highlight from this season and their final chat here where the gratitude for Lip’s role as a surrogate father figure for the family is conveyed becomes even more powerful considering the nature of the episode.

This series finale features Frank’s death and significant life changes for characters, but “Father Frank, Full of Grace” still has a very lowkey energy that makes it feel like many of its other finales. This is the end, but it’s not difficult to picture another season of the show that picks up these loose threads and everything reverts back to “normal” after a few episodes. Sometimes finales that check every box and go out of their way for endless closure can feel manufactured and contrived. It’s appreciated that Shameless doesn’t take this route.

Hopefully these new decisions will stick, but the problem with Shameless is that it’s conditioned its audience to frequent changes and a return to the status quo. “Father Frank, Full of Grace” works hard to buck that trend, and it’s largely successful, but it’s also easy to picture these characters consumed with stress and doubt on the day after the events of this finale. This final season builds new futures for all of the Gallaghers and they all still have a lot to learn, but “Father Frank, Full of Grace” leaves most of the characters in empowered positions where lasting change feels achievable and not just a pipe dream.

Shameless’s final season has functioned as a showcase for Frank and it’s always been “his” show, even though he hasn’t always been the series’ focal point. “Father Frank, Full of Grace” underscores this and becomes a lowkey tribute to Frank with how it paints a bright and happy future for his family. The opening minutes of Shameless begin with Frank Gallagher’s voice over as he dotes over his family, all of which have become wonderful despite Frank. Shameless’ series finale concludes in the same manner of reflection and the Gallaghers are even united around another communal fire this time around.

The major lesson that Frank pushes in his parting words are to appreciate the time that you have, even if it’s stupid, and to not waste your life. Shameless’ final season didn’t always use its time in the most effective manner, but they clearly had fun every step of the way. Shameless’ final season is a shell of the poignant and challenging family drama that emerged in season one, but they’ve always appreciated their time and the stories that they’ve gotten to tell. Shameless, much like the Gallaghers themselves, was messy, but never lacking in love. That sentiment has never been more true than with “Father Frank, Full of Grace,” which goes out on its own imperfect terms.

See you later, Shameless. Love you too, asshole.

Charles Addams Biographer Defends Addams Family Values
The Flash Movie Theory: Flashpoint Villain is Hiding in Plain Sight
Doctor Who: Why Is It So Difficult to Replace the Showrunner?
Night Teeth: Megan Fox and Sydney Sweeney Should Lead Their Own Vampire Movie
“Change of Plans” | Marvel Studios’ Hawkeye | Disney+