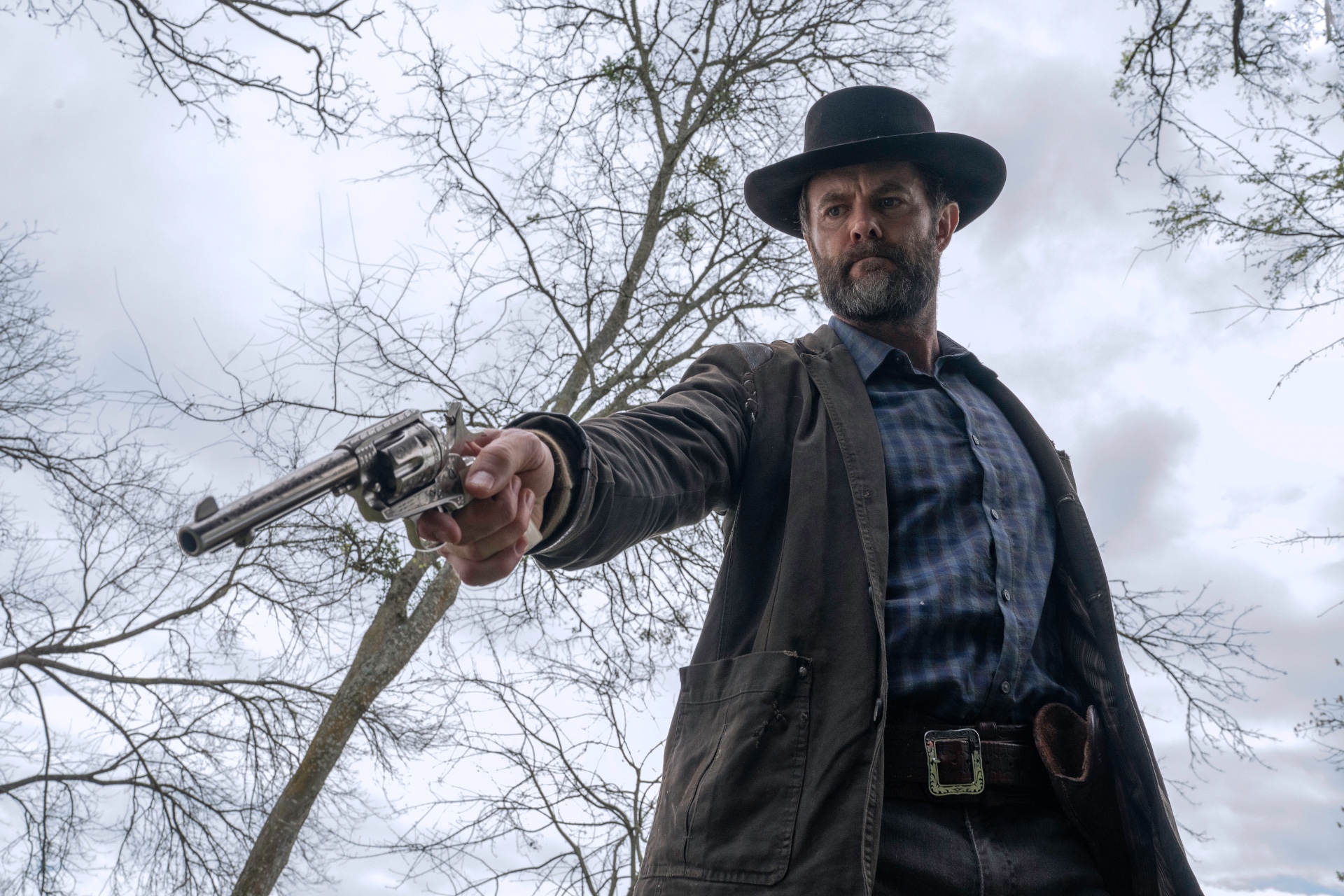 Well, damn. This is a real heartbreaker of an episode, isn’t it? If you haven’t heeded the spoiler warning above, here’s another one for you: MAJOR SPOILERS AHEAD for this episode. If for some reason you jumped straight to this review without first watching “The Door,” I strongly recommend that you rectify that right now.

In a show that so often trucks in death, this one hurts a lot. Yes, John Dorie is dead.

Unlike Morgan’s somewhat ambiguous fate in last season’s “End of the Line,” there’s absolutely no shred of doubt here. And unlike Madison and Nick, there are no hinky time jumps, no red herrings. By hour’s end, John isn’t just dead, he’s undead—and we all know there’s no amount of plot armor that can bring someone back from that.

After almost three seasons, John Dorie receives a proper final episode to send him off to that great beyond. Over the course of the hour, Fear the Walking Dead tries and succeeds in tugging at our collective heartstrings. After all, John was the show’s one and only hopeless romantic, a sensitive gunslinger who eschewed killing. He will be missed, and so will Garret Dillahunt.

As far as last days go, John’s was emblematic of his good-natured persona. In his final hours, he sought to help those closest to him, namely Morgan and Dakota. This is part of this episode’s brilliance, keeping things focused on this trio. The result produces an unlikely Venn diagram with Virginia’s sister in the center. Because as we learn, Dakota is the canny yet jaded arbiter of who lives and who dies.

While it was fairly obvious a few episodes back that Dakota murdered Cameron to cover her tracks, it was less obvious that she was Morgan’s mysterious savior. “The Door,” penned by showrunners Ian Goldberg and Andrew Chambliss, is brimming with great dialogue. One bit that stands out is Dakota’s chilling assessment of the status quo: “It’s just how life is now. People kill, people die,” she says matter-of-factly.

Of course, this doesn’t sit well with John. To him, every life and every death carries a lot of weight. Otherwise, what’s the point? Like Morgan, John has had his fill of killing. Both men are pacifists in a world defined by constant death and destruction. In another great line, Morgan remarks to Dorie, “These times, John. They make us men we tried so hard not to be.”

It must be said that Dillahunt, Lennie James, and Zoe Colletti all hit it out of the park, immersing themselves in their characters’ pathos and desperation. As we know, in this godforsaken world, no one can outrun their past mistakes for very long. Thanks to Dillahunt, James, and Colletti, we see how the daily act of survival is a heavy burden to bear.  This has always been baked into Fear the Walking Dead, though, this inescapable notion that regret and redemption drive characters forward in hopes of becoming better versions of themselves. Even John, one of the show’s purest characters, is consumed by doubt and self-recrimination.

If anyone can understand the darkness clouding John’s mind, it’s Morgan. In trying to recruit John to his cause, Morgan’s comment, “I found Grace” can be read two ways. Yes, he found someone he cares deeply about, but he’s also found renewed purpose by creating a new settlement. Whether this dual meaning is intentional or not isn’t important. The fact that any subtext might exist speaks a lot to Morgan’s larger character arc.

The same can be said for John’s explanation that a new door for his cabin isn’t meant for keeping people out. “It’s to keep the passed from getting at me, after I do what I need to do.” This can be read two ways, too. John is haunted by past mistakes, but everyone is haunted by the passed (John’s term for the undead). To me, this episode merits high marks for these lines of dialogue alone. There is an inherent logic and believability to these characters and their motivations in “The Door” that was sorely lacking in some of this season’s earlier episodes—most notably in “Damage from the Inside.”

“The Door” is careful to balance out the human drama with moments of intense zombie action. The bridge-clearing scene in particular is especially gruesome and violent. All three are committed to getting through that horde, working in tandem to forge ahead, earning every bit of ground along the way. It’s an interesting bit of symbolism that the cabin doors are literally keeping the passed at bay. Minutes later, after John finds himself in the river with a bullet in his chest, it’s the yellow door that bears him downriver.

In the end, John washes up at his lonely little cabin, now one of the passed himself. Of course, it’s a stunned June (Jenna Elfman) who finds John. The camera lingers a long time on his vacant expression as he crawls toward her through the mud. It’s fitting that their union would end in the very place where it began back in season 4’s beautiful “Laura.” June, nee Laura, deals the killing blow with a knife to John’s head. It’s not a good death, but his was a life well lived.

We do check in with Dwight and company just long enough to set the stage for an inevitable showdown. John’s death will likely shape the remainder of season 6, too. Surely Morgan runs the risk of losing himself again, now that his best friend is gone. As for Dakota, it’s anyone’s guess if she’ll make it to the end of the season. If Charlie can find redemption for her actions as a former Vulture, I suppose Dakota might find salvation, too.

I’d like to think it’s what John Dorie himself would have wanted, this chance for Dakota to discover a better version of herself.