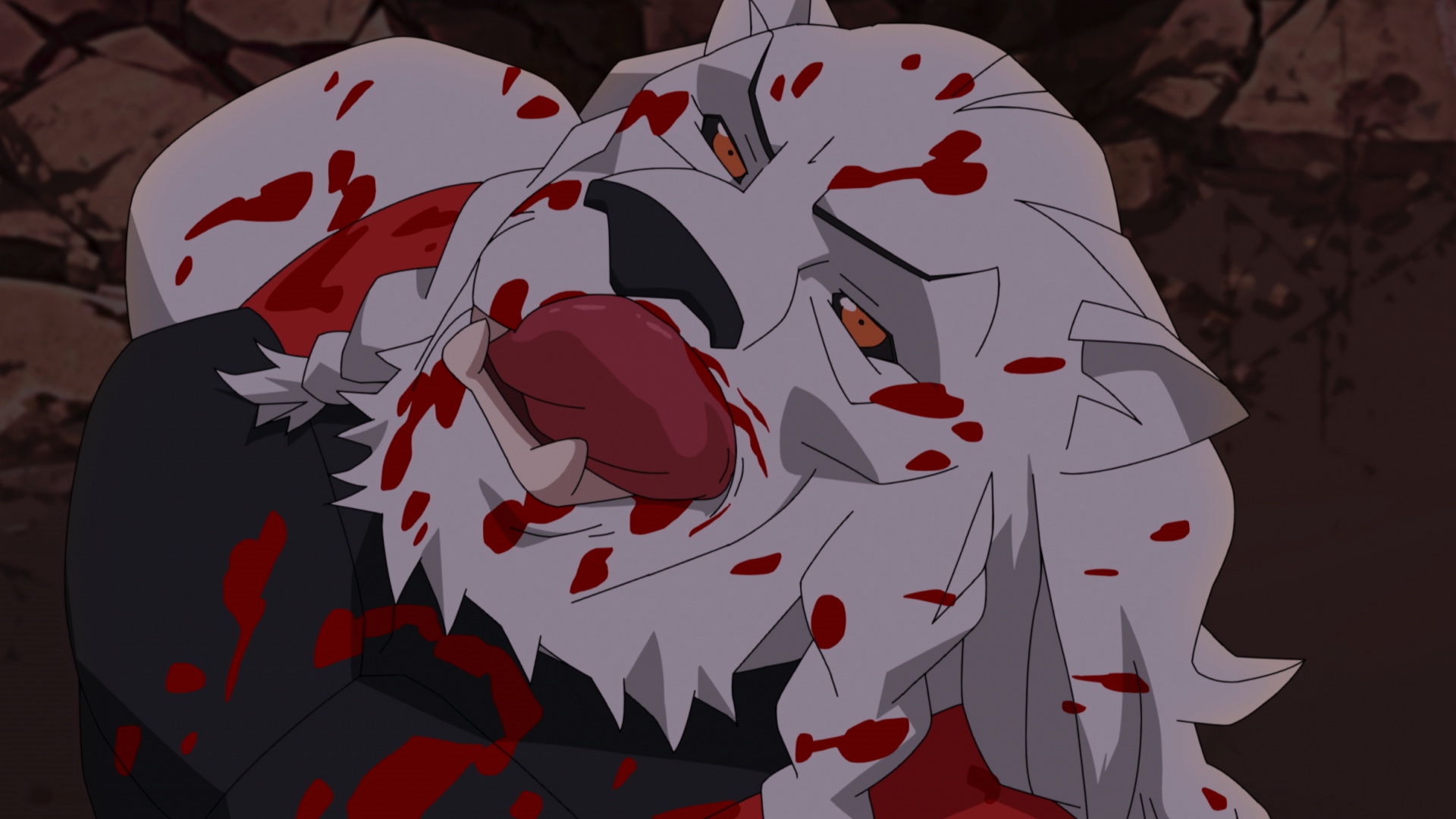 As its blood-splattered title card makes clear, Amazon Prime’s Invincible is quite a bit more intense than other animated superhero shows.

Adapted from Robert Kirkman and Cory Walker’s comic series of the same name, Invincible takes place in a stylized, yet realistic world where superpowered punches have real consequences. It’s rare that an episode goes by without our titular young hero getting drenched in blood, whether it be his own or some poor villain’s.

Despite Invincible’s commitment to the violent bit, however, the show still does have quite a bit in common with its more all-ages animated peers. The series animation from Wind Sun Sky Animation studio is based off of comic illustrator Ryan Ottley’s art but it also harkens back to a golden era of superhero animation.

The character designs, with chiseled jaws, chunky limbs, and very deliberate movements is highly reminiscent of ‘90s Warner Bros. Animation classics like Batman: The Animated Series, Superman: The Animated Series, and Justice League. And just like those earlier series, each episode of Invincible thus far has proven dedicated to introducing interesting and novel villains for its hero to confront.

There’s an old adage about superhero stories that a hero is only as good as its villain. That might be oversimplifying things a bit as Batman, Superman, Invincible, and the like are all pretty interesting figures on their own. Still, the animated series surrounding these heroes always know how to put a compelling villain to good use. Batman: The Animated Series in particular built up the Caped Crusader’s impressive rogue’s gallery and each new episode was a treat for viewers in guessing which villain would take center stage. In fact, the all-time best episodes of that series were often great due to the deployment of its villains, like in the beloved Mr. Freeze installment “Hear to Ice.”

While Invincible is only five episodes into what will hopefully be a long run, the series has already proven to be particularly adept at introducing colorful villains to challenge Mark Grayson as he trains to be a superhero. Now that we’ve crossed the halfway point of Invincible’s eight-episode first season, let’s take some time to examine the young hero’s rogues’ gallery.

The Mauler Twins, voiced by Kevin Michael Richardson, are the very first villains introduced in Invincible. The Guardians of the Globe (R.I.P.) are able to put a halt to their assault on the White House, but not before the twins reveal their awesome strength. The Mauler Twins are an unusual combination of brains and brawn. First we see heavy machine gun fire bounce off of them like pebbles and then they embark on a very brainy mission for none other than Robot (Zachary Quinto).

The Mauler Twins are a consistent presence in the comic and their dynamic only works because neither of them knows who is the original and who is the clone. Their inclusion on the list is cheating a bit because Mark hasn’t crossed paths with them yet but he is sure to soon.

Titan, voiced by Academy Award winning actor Mahershala Ali, is the first great example of how Invincible will allow its villains to recur and evolve like Batman: The Animated Series’ baddies. Titan first pops up in episode 1, then he is essentially the main character of episode 5. There is quite a lot of depth to this rock-man as he tricks Mark into helping his criminal underworld coup, but he also seems to really believe he can make his city a safer, more equitable place.

Kill Cannon (Fred Tatasciore) is an extremely minor villain in the Invincible comic. He first appeared as Atom Eve’s nemesis in her standalone comic before making his proper series debut in Issue #58. Kill Cannon arrives in the Amazon series much earlier and has already popped up again as a recurring villain. He seems to fulfill the role of a particularly easy training dummy for Mark to take care of. Unfortunately, all the other villains won’t be as simple.

The Flaxans, an aliens species from another dimension, are the first baddies to really test Mark. Their lifespans are short in Earth’s timeline, but they are also tremendously capable of learning from their mistakes. Led by the hateful “Slash” (voiced by Richardson), the Flaxans embark on three increasingly successful invasions. Omni-Man appears to have wiped out their society for now but all it will take to rebuild is a handful of dedicated Flaxans.

Every superhero story needs a good old-fashioned mustache-twirler and Doc Seismic (voiced by Chris Diamantopoulos) fits the bill here…despite having no mustache or even hair to speak of. Through his advanced weaponry and seismological knowledge, Doc Seismic is able to manipulate the earth around him. In our first introduction to him, he puts these powers to a surprisingly progressive use by attempting to blow up Mt. Rushmore and its depiction of “oppressors.”

The Doc did his undergraduate in sociology and women’s studies, with a minor in African dance as it turns out. Invincible and Atom Eve are able to dispatch him ease and he appears to fall to his fiery death. Of course, these kinds of villains normally don’t go down that easy, so it’s safe to expect seeing him again.

Roarface is an entirely new creation for the Invincible TV series and she gets only a very brief bit of screentime in episode 5. According to Amazon’s helpful episode trivia feature, Roarface was developed by comic illustrator Cory Walker and the collar she wears prevents her entire body from becoming a werewolf. Only her head succumbs to lycanthropy.

Every superhero story needs a Wilson Fisk-style underworld crime boss figure. Invincible has one, it just so happens that his head is a machine, leading to the brilliant nickname Machine Head (voiced by Jeffrey Donovan). This villain loves Italian maple and is eventually usurped by Titan then arrested by Cecil Stedman. Machine Heads teleporting partner is named Isotope.

Oh yeah, now we’re talking. Battle Beast is a fan favorite of Invincible comic readers and TV viewers may now have a better sense of why. Battle Beast (voiced by Michael Dorn) isn’t so much an enemy to Mark Grayson as he is an enemy to everyone who crosses his path.

As his name suggests, this beast is really about battling. His real name is Thokk and he travels the universe looking for worthy foes to fight. Machine Head was able to lure him to Earth with the promise of a real competition. Unfortunately, he found Mark Grayson and the new Guardians of the Globe extremely wanting in this regard.

“This battle is beneath me. There is no honor in killing insects,” Thokk mutters before peacing out. Rest assured that Battle Beast will be returning to this series at some point…preferably once Mark has leveled up quite a bit.

The other villains who battle alongside Battle Beast in episode 5 are unrelated mercenaries who all fight on Machine Head’s time. They are: Furnace, Kursk, Magmaniac, and Tether Tyrant. The comics has a sixth villain involved in this battle named Magnattack, but Amazon’s episode notes indicate that production couldn’t fit him in.