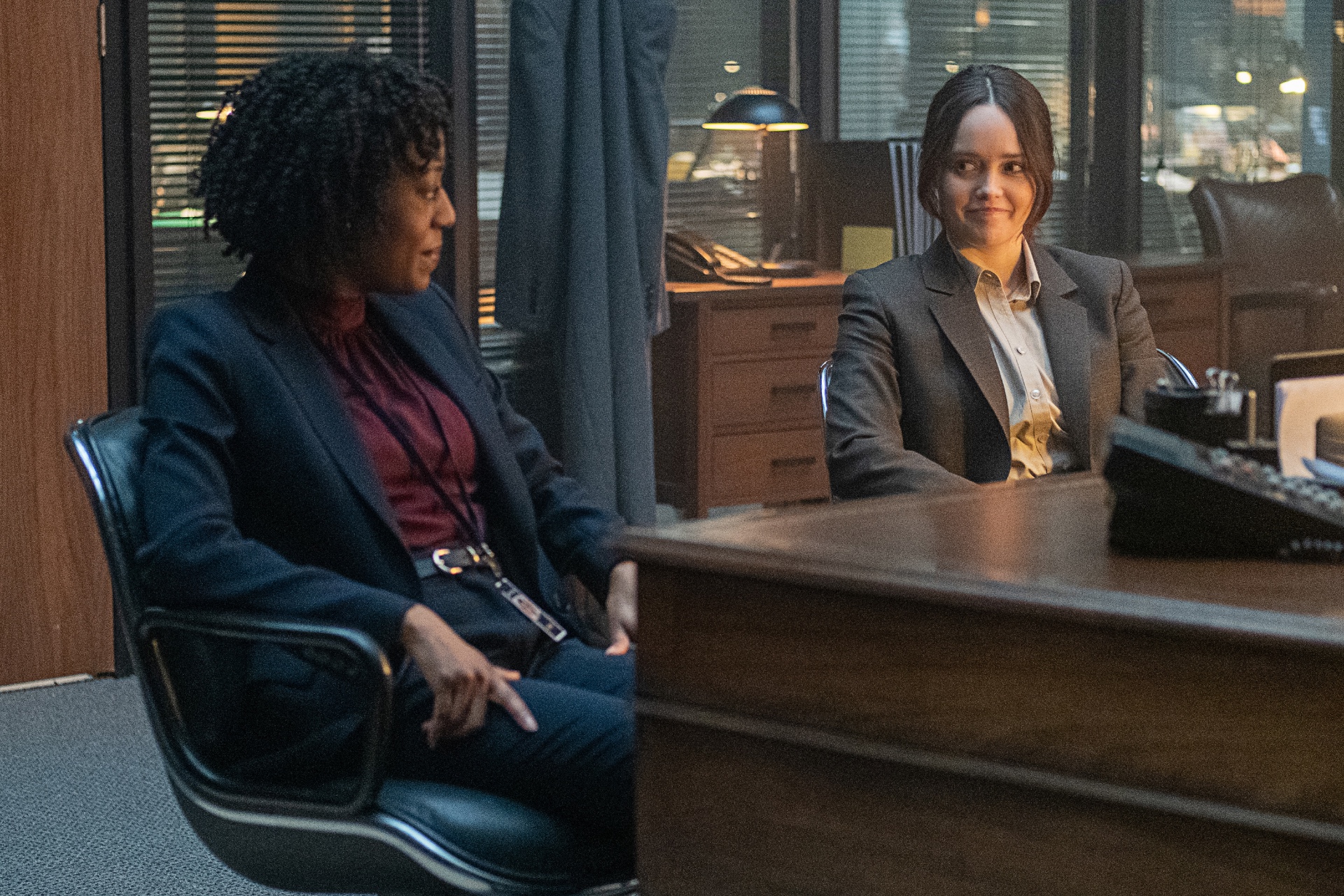 Clarice, episode 7, “Ugly Truth,” is a monster-of-the-week exploration of a cold case procedural. It also moves the overall arc along as true ugliness is found within. “Some monster killed two little kids,” Ardelia Mapp (Devyn Tyler) says. The episode opens with a hideous image, foreshadowed and cinematically darkened by the growing buzz of a swarm of flies.

The opening shot is quite masterful. It takes a while for the idea to register that flies are drawn to dead things until just a moment before we see what died. The flies should be given credit, as they will continue to recur as both a character and mood-setter over the course of the early investigation. Clarice routinely plays with forced perspective and stalled chronology to move the inner story. The camera-work goes into overtime this episode as clues, details and emotional states are captured through the shifting flow of time. The film may slow down as a character passes a child’s toy, or the first glimpse of a covered corpse. The effect works, but gets pushed to the edge of user-use before they finally cut back on it.

The body of Cody Phelps, a 13-year-old boy who went missing 10 months earlier in Alexandria, Va., is found stuffed lovingly behind a wall of a suburban home, we learn from TV news. It’s a serious case, and Agent Clark (Nick Sandow) lets us know this by moving his stash of “Spank” magazines to a lower drawer. This doesn’t turn out to be what it seems, but is equally indicative of his priorities.

When told Clarice (Rebecca Breeds) has been thrown back into field duty when she should be on psychiatric leave, Clark asks Deputy Assistant Attorney General Paul Krendler (Michael Cudlitz) to “define okay,” a perennially effective shortcut to both a reassessment and a punchline. Clark winds up redefining his own adequacy as he appears to crumble under the pressures of temporary command.

The slide into Captain Queeg of The Caine Mutiny territory begins when the body of the dead boy is uncovered in the wall, and continues throughout the investigation until Agent Esquivel (Lucca De Oliveira) wants to punch him out. That is until we find out exactly why the agent is so hung up on missing kids’ cases. Placing the victim in a fetal position is a very interesting detail, because Clarice’s interpretation plays into Clark’s true dilemma. Did every agent on this series become a federal cop because of some trauma-induced vendetta? That is becoming a very tired cop show cliché.

The early part of the episode also fills in some of the spaces on the ongoing “River Murders” and the conspiracy behind it. In the last episode, under the hypnotic guidance of Dr. Li (Grace Lynn Kung), Clarice was able to see the face of the man who attacked her while she was being held captive. But she has no idea who face belongs to. In “Ugly Truth,” that man’s face is on the cover of a magazine on Krendler’s desk. What are the odds? Clarice is filled with many such coincidences which ring too loud even when they can be justified.

It is understandable how, as the episode plays out, the lawyer worked his way into Krendler’s life. It makes sense Clarice would recognize him, but putting him on the magazine cover is so forced a perspective even Krendler is justified thinking Agent Starling is grasping at psychological straws. It makes sense to her that the magazine cover confirms the investigation is being taken seriously. It makes equal sense how Krendler could see the agent as picking up on the first vaguely familiar face she sees.

Ultimately, we get to see Krendle steamroll Clarice, and effectively the entire squad, in such a blatant play outside bureau politics even veteran agent Clark is caught off guard. Agent Shaan Tripathi (Kal Penn), who took a smoking gun photograph which gets silenced, runs his mouth in place like his tongue is on a stair-master. The whole ViCAP team suffers from the larger paranoia which the FBI apparently fosters.

For all their talk about “the team,” Ardelia can’t even do a little victory dance over her first professional recognition without having to pirouette away from the spotlight which would be thrown on her by joining the budding coalition of Black agents. There are just a few too many fires to put out at the same time. The main arc is already being stretched to a breaking point. Each individual case also comes with extra twists.

In the cold case investigation, DNA ties the crime to the murder of a Black child who was murdered a decade earlier. The uncle of the child believes the police killed his nephew. Of course, the first reaction of the federal cops is to repeat the pattern and blame the uncle, but the trail takes a very twisted turn before it ends with a very expected confrontation. The arc portion of the episode also spins in a different course at the very close. We knew it was coming, but it is still an extreme veer.

“Ugly Truth” moves at a good pace, even with all the time-stop analysis, and muddies the water of the conspiracy investigation with some interesting dirt. But there is nothing really threatening in the threat. It feels forced and empty, just one more loose end getting tangled in the tapestry.

Doctor Strange 2 and More MCU Movies Delayed: What Do Those Release Date Shifts Really Mean?
The Batman Feels Like It Picks Up Where The Dark Knight Left Off
Amid Spider-Man: No Way Home Rumors, Charlie Cox Teases a Rebooted Daredevil
The Last of Us HBO Series Set Footage Reveals Best Look at Ellie, Joel, and Tess in Boston QZ
Is The Batman Adapting Hush?