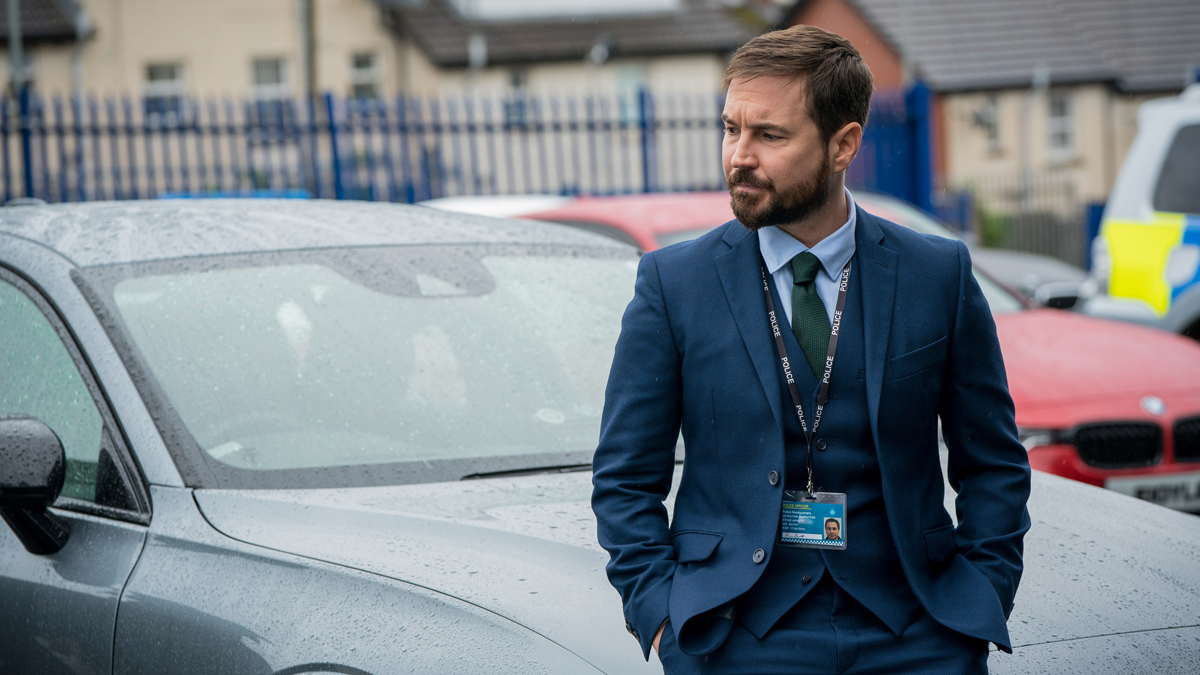 Now three episodes in to Line of Duty series six, the questions and theories are piling up. Jo Davidson is clearly up to her neck in it, but she’s not the one pulling the strings. Who is Jo talking to on that laptop? Is it H? What hold does the OCG have over her, and what might it have to do with that photograph of her mother from episode one? The final four episodes will tell. In the meantime, after you’ve read our weekly episode review, there’s all this to ponder…

In the ‘yes’ corner: Buckells was apparently responsible for bringing Ryan Pilkington onto the team, he used the wrong surveillance order on the Beechwood House raid thereby facilitating the kidnap and murder of Carl Banks, the witness who’d identified Terry as boasting about the Vella murder to the CHIS owed him a favour from 2012, and the missing Vella case files were found in his service vehicle. All fairly incriminating.

In the ‘no’ corner: Buckells would have to be a special kind of idiot to think hiding missing files in his own car was a solid plan, he could easily have been fed Ryan by a senior officer (CC Osborne, for instance), the witness could have been fed the Terry line by somebody else, and there’s a strong likelihood he simply messed up the Beechwood House surveillance order. After all, this is Buckells we’re talking about. Isn’t it more plausible that Jo Davidson – whom we know to be working for the OCG, albeit under duress – is using him as a fall guy?

Ryan has been a major part of the OCG for years; Davidson is being manipulated into working for them for reasons as yet unknown. It’s unlikely then, that she’s the one giving Ryan orders. More probable is that Ryan discovered that Terry was close to talking and knew he had to silence him. Either that, or Davidson informed the OCG that Terry looked likely to crack, which is why she stopped the interrogation before he said any more, and the order to kill him still came to Ryan from on high.

Another question is: why is Ryan still working on the Vella case, when Kate and Steve discovered in his records (as shown on screen in his notes but not discussed) that he had a childhood connection to current chief suspect Terry Boyle?

Which neighbourhood police officer took young Ryan under their wing?

In series one, PC Simon Bannerjee was working the Borogrove Estate where Ryan grew up, and showed signs of wanting to help the young kid. It’s possible that Bannerjee – who showed no signs of being corrupt – took Ryan under his wing, helped him into foster care away from his addict mother and kept him in school until he enrolled in the police service. Meanwhile in the background, Ryan was still working for the OCG all along and playing Bannerjee for a fool. Alternatively… could it have been yet another job for the Caddy?

Because Steph Corbett told him about the painkillers she’d seen in Steve’s glovebox. Instead of confronting Steve about the drugs – which, by rights, Hastings would have had to report officially – Ted ordered the two-stage random tests as a way of alerting Steve and prompting him to clean up. The first stage of testing, from which Steve was exempted by Hastings, was to jolt Steve into getting clean in time for the second stage of testing.

Is Steve going to fail the drug test?

We saw him struggle to go cold turkey after finding out about the tests, and self-medicate his pain with alcohol, but in the end, it proved too much and Steve took the pills again. Will it be a suspension for the new DI?

Where did Steph Corbett get the cash?

In series five, the OCG gave Ted Hastings a £100K bribe in the guise of a loan from ex-cop-turned-property-developer Mark Moffatt, as part of a plan to frame him as ‘H’. When the investigation into Ted discovered the money, they only found £50K. In the final scenes of series five, we saw Ted approach a grieving Steph Corbett with the envelope of cash, to make up for her family’s lack of police pay out (they thought John had gone rogue and therefore didn’t die in the line of duty). Steph has been pretending the cash was a life insurance lump sum for John, but Steve isn’t the only one asking questions about her finances. HMRC is too.

We don’t know what she was planning. Jo could have been going there to plant more evidence against Farida, to clean up her fingerprints (which AC-12 are specifically looking for), or to retrieve something that could have incriminated her. Something to remember though, is how shaken and upset Jo looked when Steve dropped the bombshell about Farida having been assaulted in prison. Perhaps she simply missed her?

Who was censoring Gail Vella’s reports?

Gail Vella’s producer sent Steve and Chloe unaired reports made by Gail Vella which showed Central Police in a highly unflattering light. Who stopped them from airing? The answer might come in a line this episode from PCC Rohan Sindwhani, who said that he’d had to pull strings with editors he knew in order to keep the news of Davidson and Farida’s arrests out of the papers. As one of her interviewees, Sindwhani knew that Vella was asking difficult questions and could also have done the rounds with her editors to ensure that her segments never saw the light of day.

Why was that Vella scene about CC Osborne’s 500 new police officers familiar?

Because of its real-world parallel with the 2019 Conservative party manifesto pledge, which promised 50,000 more nurses in the NHS. That number turned out to include 18,500 nurses already working for the NHS, whom the Conservative government were hoping to persuade not to leave the health service. Vella questions CC Osborne over his sums too, pointing out that 190 of his planned 500 new officers on the beat were already serving, making it 310 new officers. Over the last 10 years, she continues, police numbers in the area had been cut by 600, leaving his grand total at minus 100.

See also: Ted Hastings bemoaning the promotion of a “bare-faced liar” to the highest office last week. Whoever could be the real-world analogue for that? This series really isn’t pulling its punches.

Line of Duty continues on Sunday the 11th of April at 9pm on BBC One.