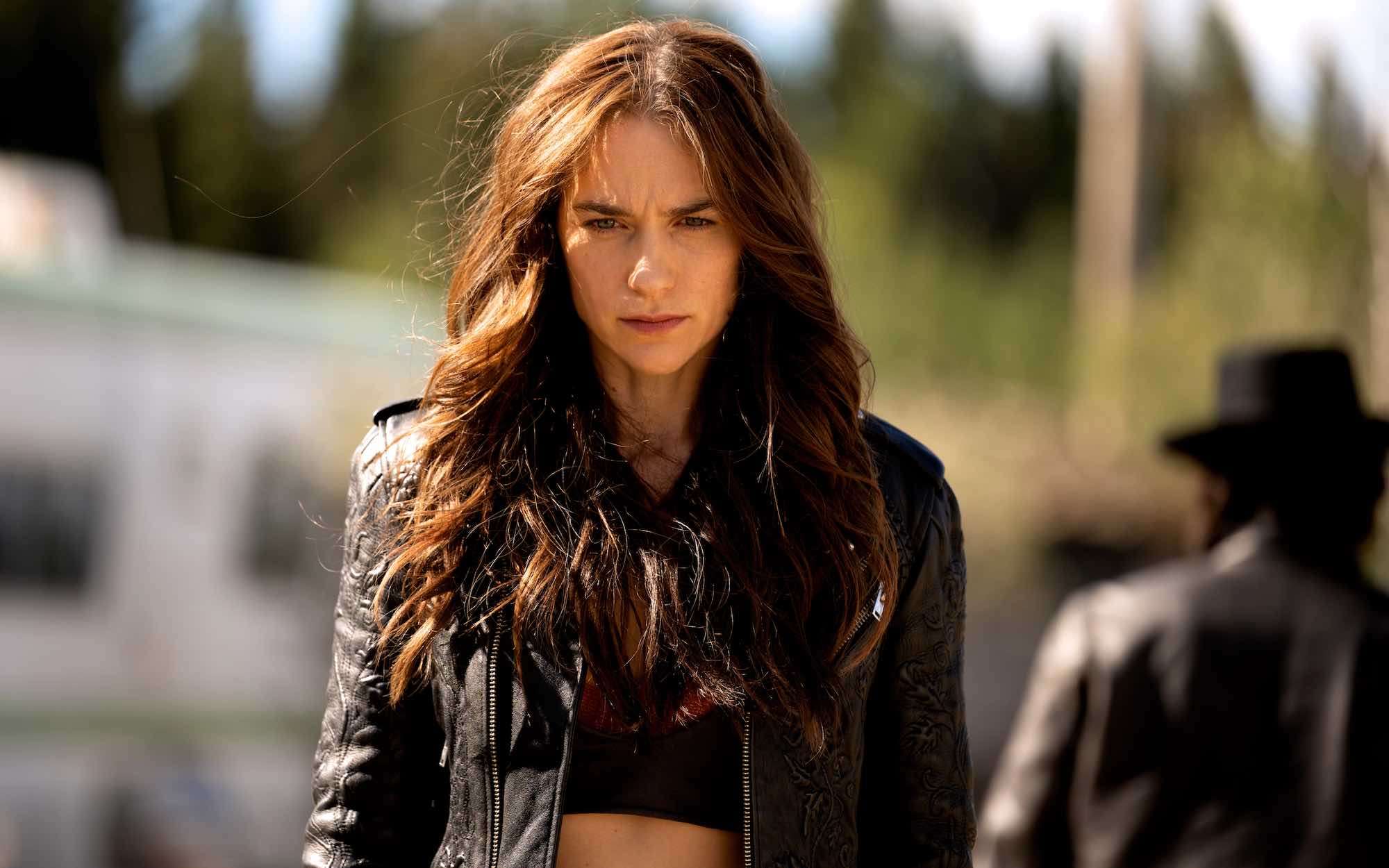 “Better Dig Two,” the penultimate episode of Wynonna Earp Season 4, gave viewers a lot to unpack. Waverly was a Dark Angel, and then she wasn’t. Doc was the Clanton heir, and then he wasn’t. Everything was fucked, and then it wasn’t. This show does such a good job raising the stakes, but it doesn’t always nail its pacing. I would have liked to see the story beats hit in these last two episodes stretched out a bit longer, and really explored. Is the Dark Angel part of Waverly or are they two separate entities? Is there any part of Waverly who revels in her angel power? After so many years of pain, does Doc really want to die, and what does it mean that Wynonna wouldn’t let him? There’s so much rich, character-driven meat to dig into in this one episode alone, but Wynonna Earp doesn’t tease out what any of these plot and character twists really mean. It’s oh-so-good at depicting the cores of these characters, most especially the love they have for one another and their commitment to Purgatory, but it’s less good when it comes to the emotional fallout of the breakneck twists that make up so much of this show.

There was a lot to like about “Better Dig Two,” but perhaps the most rewarding choice for this long-time Earper (aside from the promise of a Wayhaught wedding), was the decision to un-vampire Doc Holliday. In the final act of the episode, Wynonna begs Dark Angel Waverly to bring Doc back before she leaves forever for the Garden. But Dark Angel Waverly doesn’t just bring Doc back from the dead… she brings him back from the undead, and I love to see it. As much as I like the idea of Doc going around, giving out calling cards with the descriptor “Doc Holliday, Vampire Gentleman” (my own personal head canon), the decision to turn Doc into a vampire in Season 3 has never really worked for a character who already had a heck of a lot of emotional baggage to deal with. Like the murky distinction between Waverly and her Dark Angel, it was often unclear how Doc’s vampirism affected his personality. Which choices were driven for his thirst for blood and which were driven by his other identities and experiences?

While I think turning Doc human again (which he presumably is?) will help clean up some of the narrative noise in this world, I am worried that making Doc an un-vampire could be treated as a cure-all for his angst. His character’s emotional baggage mostly wasn’t tied to being a vampire, but rather to the lives he took over the centuries he lived as both a mortal and an undying human. As much as I want Doc to be healthy and happy, conflating the curing of Doc’s vampirism with the alleviation of all of the guilt and shame that has come from Doc’s long, long life would feel a bit cheap. On the other hand, if this really does end up being the narrative end (at least for now) for Wynonna Earp, then I get the writers’ decision to leave Doc on a happy note.

I can’t tell what Wynonna’s personal growth looks like here, though maybe it will become more apparent in the season finale. We see her choose saving Rachel over trying to find Waverly, which feels like a major step (and, yes, I was so incredibly happy to see Billy visible and human-like again). In the previous episode, Wynonna goes to such great lengths to try to rescue Waverly, leaving Jeremy and Doc behind in a BBD holding cell and asking teen Rachel to keep an eye on Cleo, aka the Clanton Heir. For so long, so much of Wynonna’s identity has been tied to her ability to keep Waverly safe. If she couldn’t protect herself—from the horror of their family and this curse—then she could at least protect her sister. Here, Billy points out that Waverly might not need her protection… at least not more than Rachel does. Being a hero may mean protecting the people you love, but not at that expense of innocent life. We can stand her all day and debate the innocence of Hoyt Clayborn, but I think it’s pretty clear that Rachel deserves protecting. I would have loved to revel in Rachel’s realization that Wynonna came back for her, that she might consider her family.

While this show’s story beats may be murky in some areas, it always knows what it’s doing with Wayhaught. In the end, Nicole is the only one who can get through to the Dark Angel, implying that Waverly has some control over this manifestation. Katherine Barrell absolutely nails this scene, bringing to the fore just how much those 18 months without Waverly affected Nicole. She’s not willing to be left behind again. She will do anything to protect Waverly. With a future with the love of her life at stake, committing to a lifetime within the bounds of the Ghost River Triangle is an easy choice for Sheriff Haught. This is her home, and this is her family.

It will be interesting to see if there are any further repercussions to Nicole’s choice to become her angel’s shield. The season finale can’t be all angst-free wedding, can it? Or maybe it will just consist of the regular kind of wedding angst: a rainy day or missing flowers. After years of crises, this family deserves a little metaphoric sunshine.

Vampirism honestly feels like the next evolution of Mercedes being.

Jeremy basically left Graham to die and… I get it, but I also don’t know this means for his character or if I think this is out of character? Though I may harp on about Doc’s vampirism, this show’s most grievous flaw in the past few seasons has been treating Jeremy’s character as an afterthought.

Melanie Scrofano is an amazing actress.

I would have liked to see some kind of callback to the moment Doc and Cleo shared in “Love’s All Over.” Did Doc’s pep talk mean nothing? It certainly seemed like it meant something to Cleo.

What are your hopes and dreams for the Wayhaught wedding. Personally, I am hoping Waverly wears a flower crown.

Do we think Alice is going to come back at any point? Sometimes, I think about her, especially in intense Wynonna/Doc scenes.

Someone get Doc another blanket! You know, just in case.

American Horror Story Season 8 Episode 4 Review & After Show
Meet Naomi, The New Superhero on The CW Block
Legends of Tomorrow Just Pulled off Its Own Invasion of the Body Snatchers
Will HBO Max’s Degrassi Be In Continuity?
New Nightmare Is Wes Craven’s Meta Masterpiece