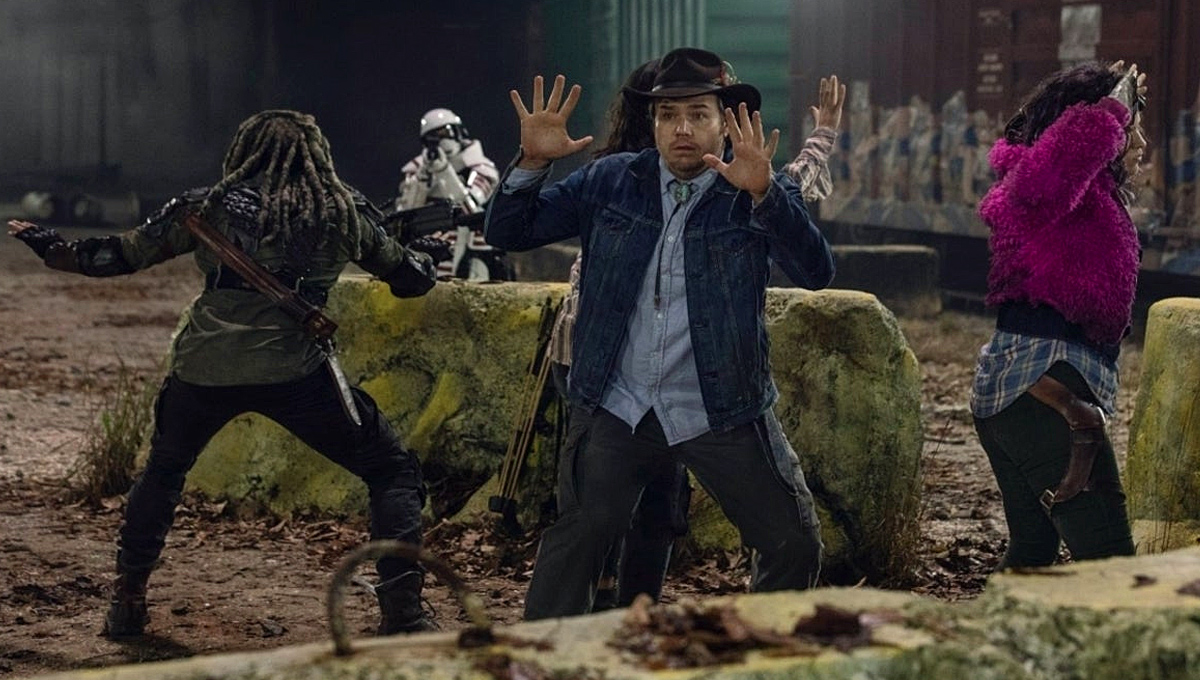 When AMC announced that its franchise-spawning series, The Walking Dead, was coming to an end, it was surprising, yet expected. While the ratings-dominant heyday of the prolific series is well in the rearview mirror, the mothership show continues to guide what remains an immensely profitable franchise. Yet, as TWD approaches the endpoint of its source material, Robert Kirkman’s comic books, fans assumed that the show was ending on its own terms. However, star Jeffrey Dean Morgan says that plans were still being made for more seasons when AMC axed the series, which would have surpassed the comic’s storylines.

In a recent interview with Collider, Morgan discusses how the show’s sudden finish line setting took the cast by surprise (which we already knew), and notably reveals how it shocked the top of its creative hierarchy, specifically chief content officer Scott M. Gimple and showrunner Angela Kang. Thusly, the actor’s Negan-esque candor essentially flips the previously presumed natural death narrative implied in AMC’s September 2020 announcement of The Walking Dead’s end after eleven seasons. It’s a surprising notion, since the announced endpoint perfectly aligns with the show’s current state, in which it is adapting the comic’s final storyline, focused on our survivors’ struggles with the overwhelmingly powerful de facto post-apocalyptic nation state group known as the Commonwealth.

“The news, when we got it in the middle of the pandemic, was a complete surprise, not only to me and the rest of the actors, but to everybody involved in the show from production. Scott Gimple and Angela Kang had no idea either,” reveals Morgan. “It came from nowhere and there was such a huge pivot. I think they had Season 11 all mapped out, where they were going to go, and suddenly it became, ‘We also have to close the story, in a way.’ It took everybody by surprise, so it was a massive pivot. And then, they threw in the six tacked-on episodes to Season 10, and instead of doing 16, we’re going to do 24 more. There was a lot of stuff to wrap our heads around.”

Indeed, Morgan’s answer implies that Gimple and Kang originally had dramatically different plans for The Walking Dead Season 11; plans that were presumably made in the context that the show would reliably remain chugging along. Yet, even as the bonus episode-extended Season 10 prepares to air its finale, it’s already clear that the Commonwealth—a name thus far unmentioned on the show or in any promotional ephemera—is established as the next series-encompassing threat. With the series-ending Season 11 confirmed to manifest in supersized form with 24 episodes, that gives the creative coalition plenty of time to play out the Commonwealth storyline to its comic-adapting completion in a way that’s satisfactorily paced. Yet, this leaves us with our titular question wondering if the showrunners intended to implement the arguably sacrilegious plan of taking the series past the chronology of Kirkman’s comic.

Comic-anachronistic storylines have been a staple throughout The Walking Dead’s run, even going back to 2010’s Season 1, in which Rick Grimes and company had a misunderstanding with the Vatos street gang back in Atlanta over a duffel bag full of guns, and—perhaps the most infamous example of then-showrunner Frank Darabont’s creative liberties—the episode in which they briefly find refuge (and crucial exposition on the zombie outbreak itself) inside the Atlanta CDC. Indeed, these so-called “filler” episodes proved to be a necessary measure even during the show’s heyday, when it averaged only 16 episodes per season—a contrast from Season 10, which concludes with 22, followed by the aforementioned 24 for the final run. Therefore, the notion that Gimple and Kang would have conjured up an entirely original story arc—unprecedented as it may be—wouldn’t be outside the realm of possibility, especially if AMC wanted to keep the mothership show around to continue guiding the cash cow TV franchise. This is especially true, seeing as the array of TWD spinoff series arriving in its wake will inevitably stray from the comic canon.

Of course, it could have also been the case that The Walking Dead Season 12 would have simply continued the comic-concluding Commonwealth storyline by way of a more saturated Season 11. This idea, with a presumed ending with Season 12, might be the more sensible theory to embrace, since the long-in-the-undead-tooth television staple would have likely outstayed its welcome (yes, haters, even more than it already has,) if it deigned to venture past the transformative climax of the Commonwealth storyline Kirkman crafted for the comic. There may be more leeway on that front for current spinoffs Fear the Walking Dead and The Walking Dead: World Beyond, which take place within the established chronology, only far away, but Kirkman’s comic series has always been treated as a prophetic omnibus for the mothership show; one from which it occasionally deviates, but ultimately maintains as its narrative true north. Sure, the untitled Daryl and Carol spinoff will surpass that threshold, but keep in mind that, in the comics, the former doesn’t exist and the latter died way back at the Prison.

The Walking Dead will air its Season 10 finale—centered on Morgan’s Negan—this Sunday on AMC. However, the wait for Season 11 will apparently be a short one, since the network is already teasing a summer arrival for the final frame’s premiere.

Link Tank: Will We Get a Mario Kart 9?
DC’s Legends of Tomorrow Perfectly Skewers Reality TV
Bad Buddy and the Subversive Sentimentality of BL Storytelling
How The Batman Theme Recalls Michael Giacchino’s Video Game Soundtracks
Meat Loaf Should Have Had Two Parts in The Rocky Horror Picture Show